Buryats fled from the Soviets in great numbers resettling in Mongolia and Manchuria, bringing an informal and sophisticated transnational network of relations into being.

Apart from the Great Purge, the NKVD managed to achieve quite a lot in the Far East. After 1933, the Trans-Siberian Railway was upgraded to become a two-way route, and the Ulaan Ude rail link was extended up to the Soviet-Mongolian border, to the town of Naushki. A rail link was also constructed between Borza and Bayantumen. The city of Komsomolsk was virtually rebuilt to meet the demands of the defense system. 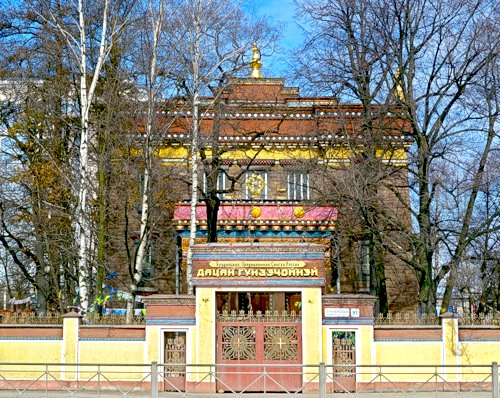 The hard work of strengthening the Far East infrastructure was carried out by numerous political prisoners held in Siberian gulags and jails under NKVD control. Life in the biggest gulag, was vividly described by Solzhenitsyn. The NKVD also completed the resettlement of some “untrustworthy” nations and made administrative and territorial changes. The Far Eastern Koreans were moved deep into Eurasia, to Kazakhstan, for fear that they might join the Japanese if the latter attacked the Soviet Far East. Stalin also distrusted the Buryats Mongols, and in order to instill fear in them and their future generations, mass murders were committed in the Buryats regions. A “Pan-Mongolia” case was opened against the monks of the Mongol group in Leningrad, which had been originally established by Peter Badmaev, a Buryats doctor and diplomat of  Tsar Alexander III. The arrest of the monks set the stage for the Leningrad-Irkutsk-Ulaan Ude purge. Six thousand, two hundred and sixty-seven people were implicated and shot in the “Pan-Mongolia” case. In 1937, the territory of Buryats Mongolia was reduced to one-third of its former size; most of its former land was transferred to the Russian Federation. It was then split into three parts, which did not have common borders and were not independent. Thus, the Against Buryats autonomous region and the Ust Ordynsk Buryats autonomous region came into existence.

During the 1920s’, the Soviets sent Buryats to Mongolia as specialists and revolutionary instructors but finally stopped doing so because of the “Pan Mongolia” case. This is how many Kalmyk people had become involved in the Great Purge of 1937-1939. Short-cut hair was called Halimag because of the Asian Kalmyks. The Mongols at the time mostly shaved their heads or grew their hair like the Manchus. However, when the Kalmyks failed Stalin during World War II, the project of mutual instructions between nations from the same origins ended.