During the time, Christianity was emerging as the predominant faith in the region. The Christian sect of Nestorianism had strong roots in this territory long before the birth of a unified Mongol state. It was no surprise, then, that the Hereid and Naiman women whom Genghis had brought as wives for his sons were all Christians. The Mongolian term for Christian, erhuud hun, seems to be an ancient one. While Ogodei Khan had been a kindly patron of the religion thanks to his Nestorian wife Toregene-Hatan, his son Guyuk Khan was even more, also because of his mother’s influence. some facts suggest that he himself might have been converted to this religion. Goyug’s wife Queen Oghul was also a Christian and it may have been at her initiative that an emissary from Eljigidai [guyuk’s advisor and representative in Persia] intimated in a message to Louis IX of France that Mongols might offer protection to Christianity.

Later, when archeological excavations conducted at the site of Karakorum revealed the general layout of this Central Asian city, once the capital of the world, it was learned that a tree-shaped column at its carried the sculpture of a trumpeting archangel, a Christian symbol. The Hereid princess Sorgagtani-Beki was a Christian and she bred sympathy with this religion in her four sons, Kublai, Mongke, Hulegu, Arig Boh, the khans that shook the world with their campaigns.

Ample evidence exists that Europeans, above all the Roman Pope, were as their saviors. the twelfth and thirteenth centuries were a time of humiliation inflicted by the dominant Muslims. It was then that a strange legend about the saint Prester John became widespread in Europe. Europeans kept looking for this saint who allegedly was to save the Christian religion. When, prior to Genghis Khan, Gur Khan of the Kara-Khitan had devastated the Muslims, the Roman Pope had declared him Prester John without hesitation. Both Carpini and Rubruck secretly hoped to meet Prester John during their visits to Mongolia. Marco Polo, who came later, confidently identified Genghis Khan’s major rival Tooruul Van Khan as Prester John. Genghis Khan’s first successful campaign against the Muslims led Europeans to believe him to be either Prester John or Prester John’s grandson David. As Carpini failed to find Prester John in Mongolia, he surmised that the saint had left for India, which changed the direction of the quest toward South Asia, where it continued until the king of Ethiopia came to be regarded as the legendary hero in the period from the fourteenth to six sixteenth centuries. 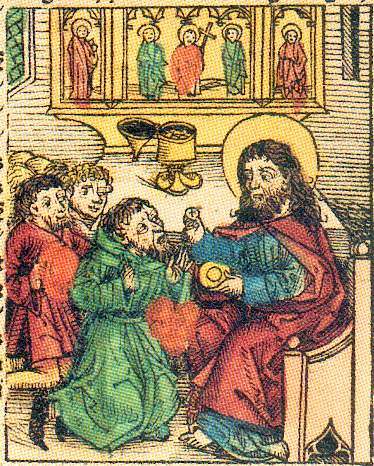