Halh Surrenders to the Qing

Mongulai
May 2, 2019 History of the Mongols, Mongols Surrender to the Qing 0 Comment

By this time the Halh, though not the Oirad, were effectively controlled by the Qing, as is evident from the case of a Mongol noble named Tengis Van. The Sonid, earlier the subjects of Setsen Khan, became Qing vassals in 1639. The Setsen Khan Sholoi tried to regain control of his former subjects, finally inciting Tengis Van to stand up to the Manchu. Tengis took his people and came to halh. The Qing sent their soldiers after him, crisscrossing the country until they caught him.

The Qing declared themselves rulers of Mongolia and treated Halh as if it were their peripheral territory. Though the Halh princes claimed they were free and equal, they began, in twos and threes, and with Prince Bandar setting the trend in 1653, to turn themselves over to the Qing Dynasty, much in the way the Inner Mongolian lords had done some years earlier. The Manchu, highly appreciative of these developments, generously awarded them with presents and various titles.

This continued until a murderous squabble, involving not only Halh princes but even Emperor Kangxi himself, resulted in the death of Zasagt Khan Norov. In this struggle, Galdan took advantage of the feud between the Halh princes and tried to drag Setsen Khan over to prevent this by forging unity among the Halh nobility with the help of the Dalai Lama. 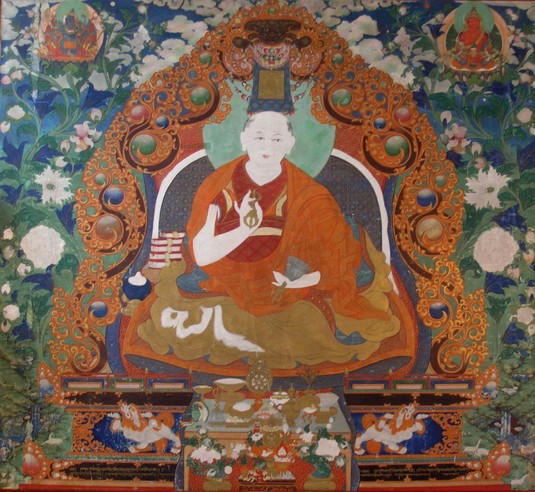 A Decision Precipitated by Galdan’s Actions

Galdan was a very vengeful man. HE massacred an enormous number of the Halh and, while chasing after Zanabazar, he burned every monastery and temple in his way and killed many monks and people. Due to his brutality, many Mongolians escaped to Inner Mongolia.

Burning Halh was not enough for Galdan. He sent messengers to Kangxi and offered to make peace if Zanabazar and Chahundorj were brought to him. The Javzandamba Hutagt, the son of the Tusheet Khan Gombodorj and selected as spiritual ruler, who had taken power of the halh after the death of Setsen Khan in 1652 and Tusheet Khan in 1655, fled to Inner Mongolia with other Halh princes, determined to seek help against. Galdan from Qing China.

In the fall of 1688 several fugitive Halh princes, led by the Javzandamba Hutagt, held a convention in Sonid aimag and resolved to recognize the sovereignty of the Qing Dynasty. None of the princes had the authority to speak on behalf of all Mongolia, and they certainly did not speak for Galdan. the Javandamba Hutagt’s word carried more weight because of his clerical rank. Thus the way paved leading to the loss of Outer Mongola’s independence, more than fifty years after the capitulation of Inner Mongolia. The Halh people decided that submitting themselves to the alien Chinese was better than being ruled by the hated Oirad Khan Galdan.

“This is the end of our Halh, but a better end than that which would have come from Galdan. For, as the seven-banner Halhs warred with Galdan, we, knowing the time, have come to the Qing to protect our sons, our women and our subjects.”These were he words of Chahundorj, the brother of the Javzandamba Hutagt, in an attempt to whitewash the surrender to the Qing.

Halh Becomes a Vassal to the Qing

After a long and thorough preperation, the ceremony celebrating Halh’s incorporation into Qing took place at Doloonnuur on May 2, 1691. There were about 550 people present, including the Javzandamba Hutagt, Halh Khans and other influential members of the nobility. Kangxi, heavily protected, also attended and received tge Mongols as his new subjects. Praising himself for the care he was offering the war-torn Mongols, the Emperor instructed them to abide by the laws of the Qing Dynasty, as the fouty-nine banners of Inner Mongolia did. Kangxi also rewarded the nobles for their docility during the ceremony. The Javzandamba Hutagt and the Khans were given a thousand taels of silver, coffers, and lavishly brocaded silk and clothes; others received gifts of money according to their rank. This ceremony led to the official name for the feudal lords of Halh being “Bondsmen of the Manchu Emperor.” 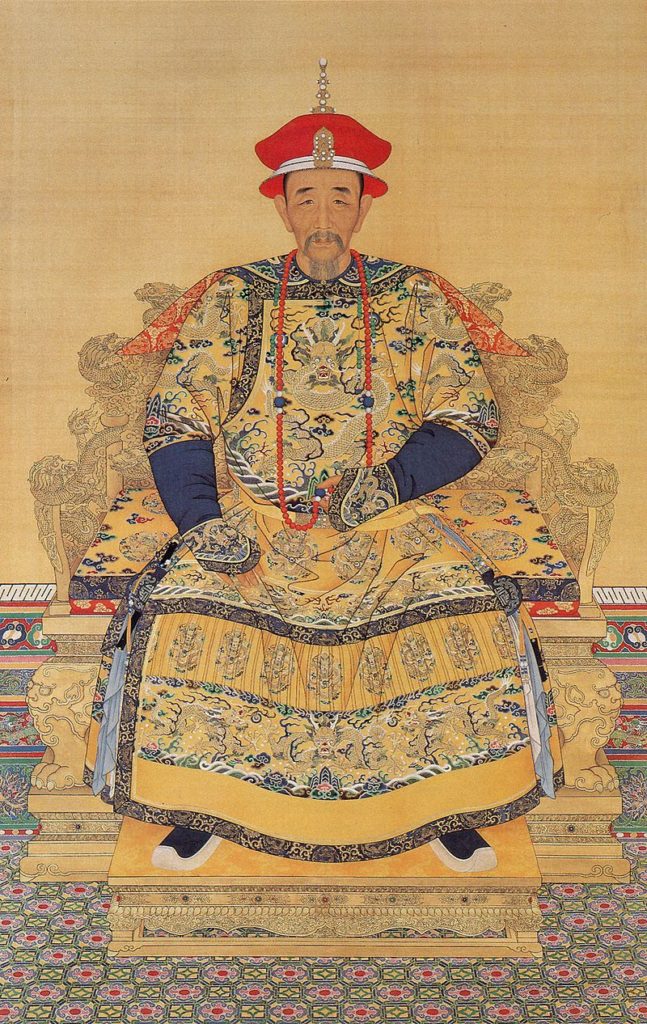 The Qing Dynasty held power for more than two centuries due to a large extent to its first few rulers, particularly Emperor Kangxi, called by Mongols Enkh Amgalan Khan (a name meaning peace and tranquility). He ruled for more than sixty years (1661-1772). Chinese historians regard Kangxi as one of the most intelligent, educated, courageous and strong-willed rulers that China has ever had. With an interest in and an eye for everything new, this hard-working emperor was a brave soldier, a fine educator, and a remarkable administrator. Six times he traveled through his country, reforming local administrations and introducing appropriate laws. Sparing no money on the development of sciences and education, he implemented several important activities in these fields. As a military commander Kangxi succeeded in rooting out lingering Ming opposition an in conquering the Mongols. He devised effective tactics and strategies for pacifying them once and for all.