Hunnic Empire consisted of Xiongnu people who came from Central Asia, and the local peoples of Ugr and Sarmatian origins between the 2nd and 4th century CE. In the 70s of the 4th century CE, the Xiongnu people all together moved into the west that caused start the “The Great Migration of People”, as noted in history. The Huns who led by Balamber defeated the lan tribes in northern Caucasia and in 375 overpowered the Goths in northern steppes of the Black sea, they talk in their hand Ostrogoths and chased Visigoths into the west. Then they centered in Pannonia, present-day Hungarian territory. During the reign of Attila, the western Hun reached the highest point of prosperity. At this time the Western Hunnic Empire stretched from the Ural River to the Rhine River and from the Danube River to the Baltic Sea. They not only took tributes from the eastern Roman Empire. In 451, by the leadership of Attila, the Hunnic Empire army crossed the border of the Roman Gaul but they were defeated at the Battle of the Catalaunian Plains. They were divided and defeated in 455 in the Battle of Nedao. The invasion to Balkans in 469 did not accomplish the goal and very soon the empire was collapsed.

The Tomb No.1 of Baga Mongol and the Tombs Nos.1 and 2 of Undur Khond are particularly interesting by their peculiar structure of tomb as well as funeral practice from other Xiongnu burials. For example, the burials were located separately from other tombs and inside the tombs, the deceased were placed in pits that are shallow than 100 cm and in stone boxes made of thin flat stones, on a natural rock or flat rock floor. Also, these burials did not contain some common elements of the Xiongnu funeral practice. 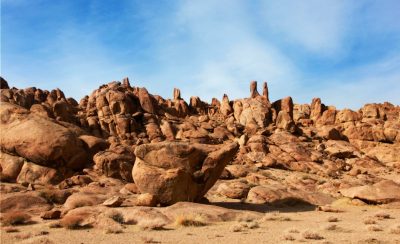 Historical tribe related to Xiongnu is mentioned in Chinese chronicles. Judging from Chinese sources, an official, named Liu Jing paid a visit to Xiongnu as a messenger and reported to Gaozu “Baiyan and Loufan tribes of Xiongnu are inhabited in the south part of the Yellow River or are a distance of 700 miles apart from the capital. It takes one day to reach Qinzhong on unarmored horses”. This report can be said to give some clear information or fact on their location. Some researchers say that baiyan could be the ancestor of bayud tribe who inhabited in the period of the great Mongol Empire.