Khorol(Zendmene) is one of the ancient games played by Mongolians. It is known as ‘Khorol’ in Western Mongolia. Khorol is crafted with square wood blocks, sized and shaped similar to ancient dominos. There are a total of 60 figures drawn on the blocks, representing 4 from each of the 15 figures, each with different powers. These figures include zendmene (a wish-fulfilling symbol, the strongest figure), ölzii (a symbol of luck), lion, dragon, snake, horse, and sheep. These figures are held in the hands and called hand items. Other figures are placed on the ground face down and called ground items. These include the monkey, rooster, dog, boar, mouse, ox, tiger and rabbit.

To play, people share the same even numbers, like 4 and 6, and make a group. All the blocks are placed face down on a special table and mixed well. Then the players place them in a circle, laying 5 by 5, and decide who will start by taking the laid blocks. Players take the blocks in turn in a clockwise fashion and then sort them according to the ground item and hand item. Two of the same items is called ‘Kholboo’ (linkage); four of the same items is called ‘Aziin döröv’ (four of luck) and the group that draws this can start the game. After sorting the items accordingly, the group that has the priority to start the game starts. Using the items, the players aim to build as many as possible homes and employ different strategies and much craftiness. 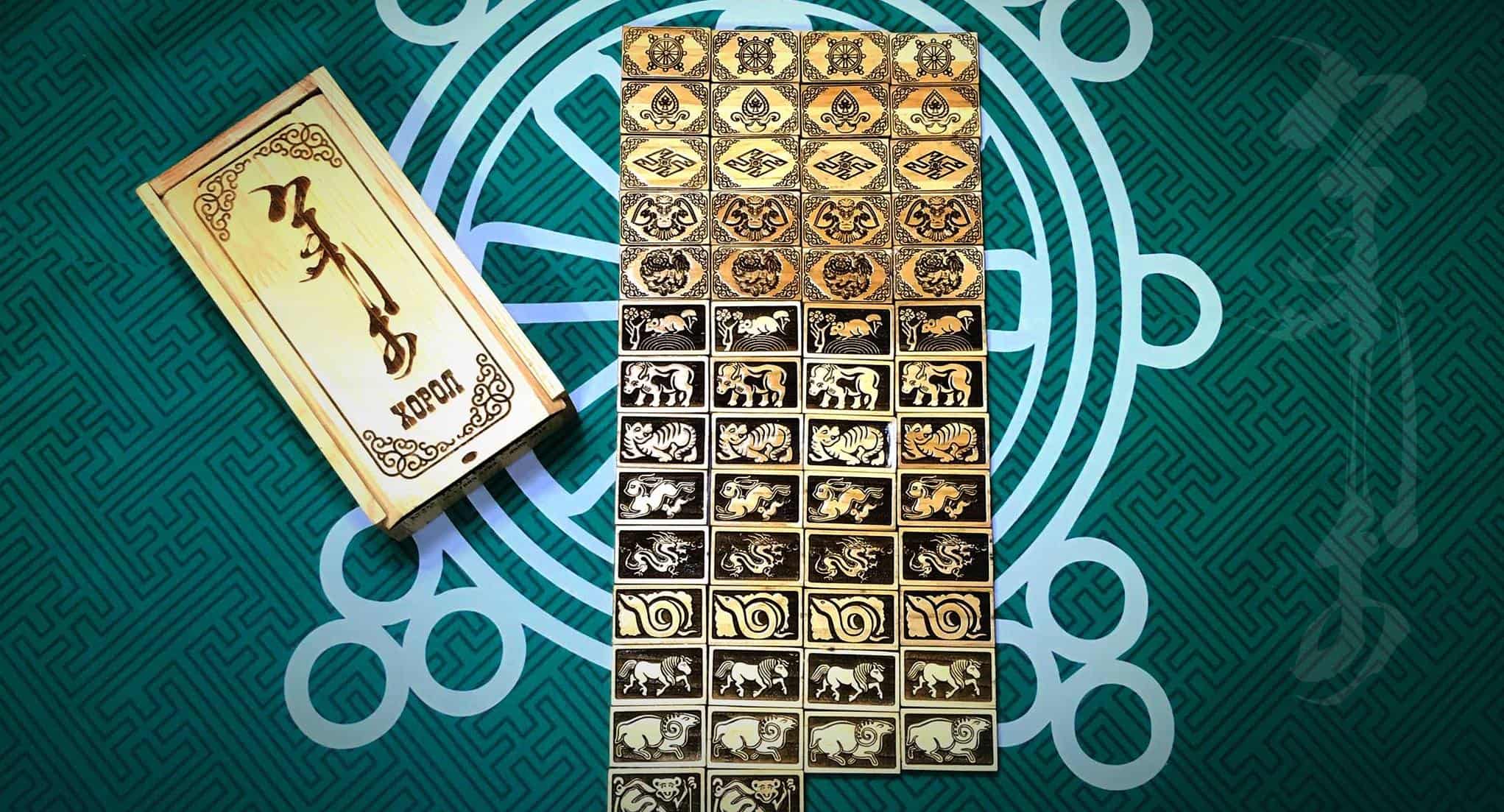 The players have to defeat the items given by the other players, so the player who has the poorest items can even win over an opponent with a stronger item using wittiness and craftiness. A variety of strategies can be used, like sacrificing the strongest item as if pretending that the player has no good items. The strongest item is the last item in the first layer of blocks, called ‘Ul akhalsan mod’ (Sole leading item). 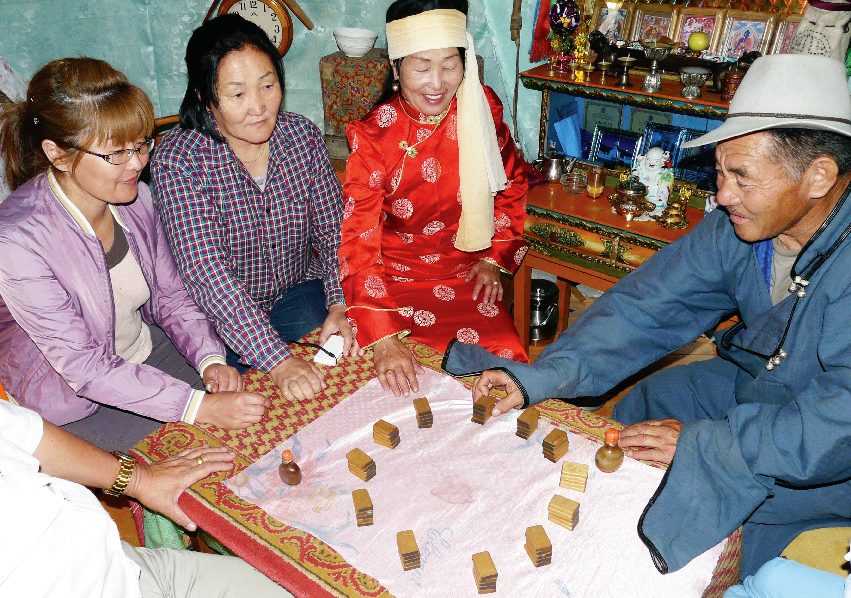 If you want to buy Zendmene