The Mongolian nations have created and used various scripts since ancient times and they keep a complex tradition of calligraphy. Mongolian calligraphy has strictly-observed writing symbols called tig (glyph). 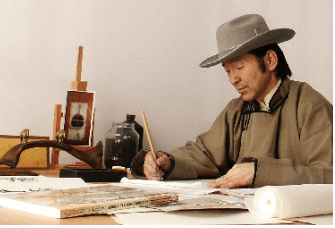 Ancient Mongolian historical chronicles, inscriptions on monuments, and royal letters and documents are written in ancient scripts, using graceful, yet hard pointed writing tools. Historical and cultural objects with inscriptions, made with the help of a bamboo-brush, and engravings are abundant in Mongolia. 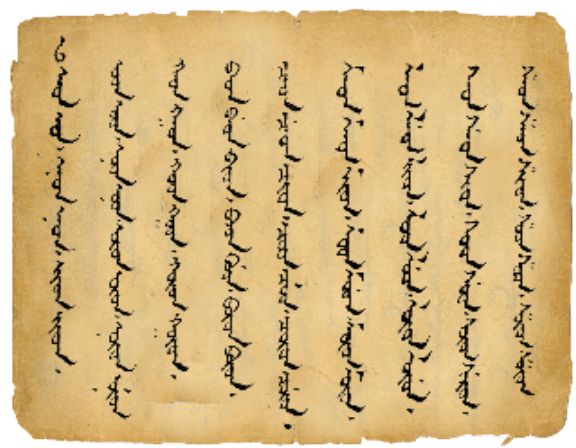 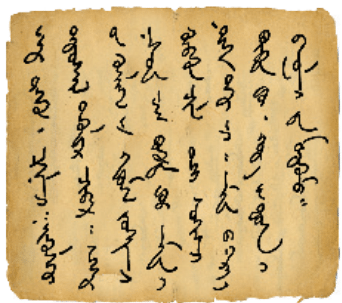 In Mongolian script stenography, the main line is written short or long, according to the number of atsag and shüd. Stenography is sometimes called précis-writing as well. Artistic and fast Stenograph is the highest form of calligraphy.

of conversations and dialogues. The running glyph is a unique form of handwriting in between the diligent glyph and stenography. (As Mongolian script is vertical, this type of script also appears in a vertical way.) Researchers noted that running glyph emerged in the second half of the nineteenth century 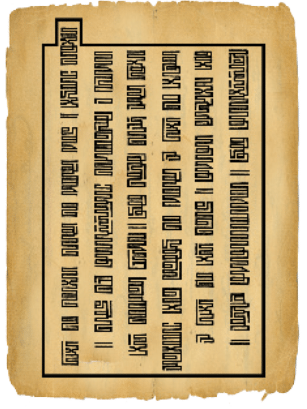 Folded glyphs appear on the seals and stamps of the Yuan Dynasty of the thirteenth century, on which letters are folded in accordance with the folding way of the Mongolian script. Using the Mongolian folded glyph, letters can be written in various forms, including square, circle, and vertical forms. Folded glyphs in various artistic forms look like beautiful ornaments and they are given different names, such as ‘folded script’, ‘stylized writing’, ‘ornamental character’ and ‘couple melody’.