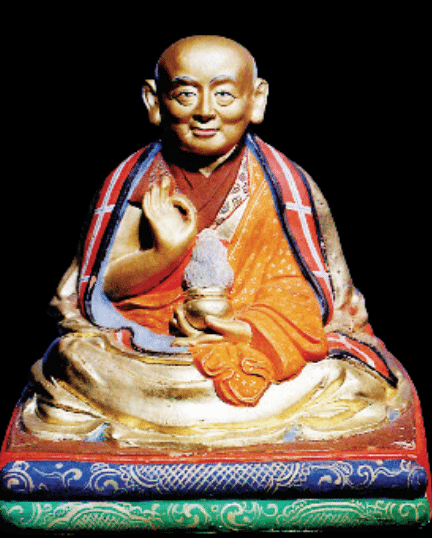 Statuette crafts are made by molding a particular material into a cast and then preparing in a variety of ways, including baking, glazing, and smoking. The special cast is made based on the traditions of wood, stone and bone engraving crafts. Through this craft, various objects can be made, starting from small decorations to larger religious items. The creation of Buddhist deity figures is an excellent example of this kind of craft. 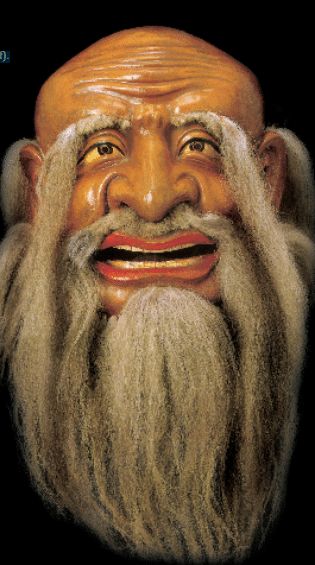 The shüren shuumal is created by putting a cover of big and small pieces of corals on the papier-mâché. Tsam mask is made using papier-mâché by casting Making of tsam religious dance
layers of paper and textile in clay model. After drying the paper mask, the meticulous work to polish and finalize the mask begins, after which the mask is painted and decorated. The mask size is about two times larger than the human head size, and when it is worn, the dancer’s eyes peer out of the mouth of the mask. Traditionally, Mongolians use expensive and high-quality materials to make tsam dance costumes and accessories. As a result, they demonstrate the wonderfulness and exclusiveness of the design and skill of their artisans. One of the most famous examples of shüren shuumal is the mask of the Buddhist deity Ulaan sakhius (Begz or Jamsran), made by Puntsag-Osor, which was created by the meticulous inlay of 7,881 various-sized pieces of coral, placed to reflect the lines in the human face. This is a unique and exceptional example of the tsam art has been placed on the Mongolian List of outstanding and exceptional heritage arts. Other examples of unique masks of Buddhist deities include a lion-headed Sendem and an ox-headed Damdin Choijoo, created by prominent sculptor Danzan and now exhibited in the Zanabazar Museum of Fine Art.