China was alarmed at the news of the treaty between Russia and Mongolia, considering it a covert encroachment on its territory. Anti-Russian revolts took place in Beijing and Qingdao. A popular Opposition movement spread demanding that the Chinese government send troops to Huree.

In November 1912 the Mongols tried to widen their circle of diplomatic contacts by sending notes to the foreign consuls in Hailar, but none responded. In January 1913, the Mongols signed a treaty with Tibet, whose own history during the early years of the Chinese Republic bore a striking resemblance to that of Mongolia. The two countries recognized one another as independent states and promised to assist each other in times of danger and to support Buddhism. The treaty was, however, irrelevant and was never taken seriously by the external powers.

A delegation led by Handdorj was sent to Russia before the close of 1912 to extend diplomatic relations. The delegation, accompanied by Shishmarev, who had spent many years in Mongolia, met with Sanazov and was also granted an audience by Nikolai II. The Mongolian delegation indiscriminately gave gifts even to housekeepers, superintendents and bellboys. They hoped to reach an understanding with either Sanazov or the Tsar in St.Petersburg, having failed with Korostovets, and continued to press the issue of complete independence, exchange of ambassador, the founding of a Pan-Mongolia state, and the establishment of diplomatic relations with other countries. They also tried to meet with the ambassadors of France, England, and Japan, who, having collaborated with the Russians, gave every excuse to avoid meeting with the Mongol envoys. The Japanese ambassador politely responded that he, “could meet with the Mongolian delegation after they met with the ambassadors of Britain and France”.

The Mongols believed that Russian interference was the source of their woes, and they hoped that the Japanese Emperor might hear their case and help them. They then decided to send Tserenchimid and Chin Van Gonchigsuren from Inner Mongolia to Japan. Through various intrigues, Korostovets succeeded in preventing Tserenchimid in Harbin from completing this secret trip.

In the midst of Huree’s efforts to break into foreign diplomatic circles was the curious Kodama affair. “Kodama [ a pesudonym] a retired naval captain employed by the South Manchurian Railway Company, visited Huree apparently at his own initiative in the latter part of 1913 and met with several Mongolian leaders. Although it is unclear what he told the Mongols, the latter interpreted his presence and remarks as an official demonstration of Japanese were interested in the Mongols’ own approach to the Pan-Mongolia question, and thought it might be possible to separate the Mongols from the Russians by helping unite Inner and Outer Mongolia.

The Mongols then wrote a letter to the Japanese Emperor proposing that a permanent and close friendship be established between the two countries, for which purpose the Mongols invited the Japanese government to assign a representative to Huree. The Emperor was also asked for help in the unification of Inner and Outer Mongolia. The Sain Noyon Khan brought this letter to St.Petersburg, where he asked the Russians to transmit it to the Japanese. The Foreign Ministry did indeed pass the letter on, but only in order to impress upon the Mongols the hopelessness of looking elsewhere apart from Russia for help. As expected, the Japanese refused to accept the missive and the Russians returned it to the Sain Noyon Khan, impressing upon him that the incident should be a lesson to the Mongols. 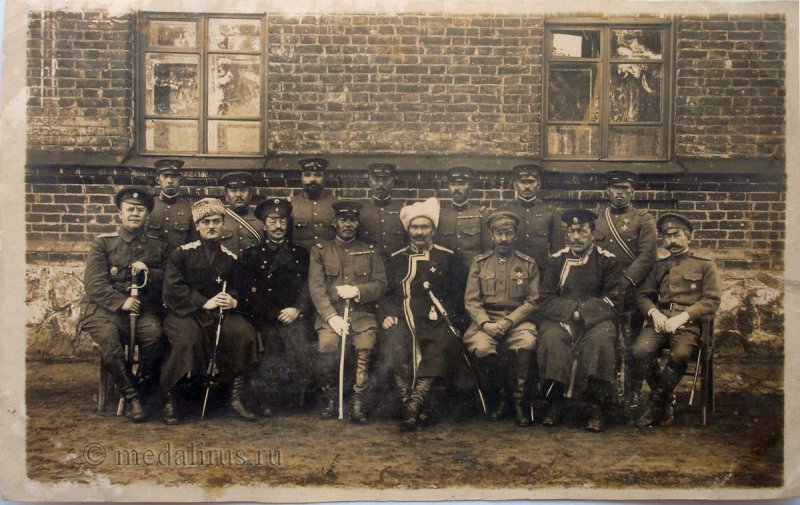 The Mongols requested military and armaments from Korostovets to support the rebellion in Inner Mongolia, and naturally, Korostovets objected. Namnansuren reminded him that Russia had obliged itself to safeguard the security of Mongolia. In February a Mongolia army led by Mahlai Baatar Damdinsuren left Huree. Only very little is recorded about this “war”, the first between Chinese had the advantage in terms of numbers and supplies, the Mongols were generally victorious. The Mongolian army included many Inner Mongolian officers and troops. On July 7, 1913, more than two thousand were beaten, however, and retreated to Wangiin monastery with the Chinese at their heels. Continuation of the “war” was impossible for the Mongols, for food and clothing for the army were increasingly scarce, while guns and ammunition, inadequate to begin with, we’re now running out. In December the Huree government promised the Russians that it would withdraw its troops.

The Meaning of the Foreign Word

The Sain Noyon Khan left Huree in November 1913, a few days before the announcement of the Sino-Russian Declaration, and remained in Russia until early January 1914. In St.Petersburg he was shown the text of the declaration by the head of the Far Eastern Department of the Foreign Ministry, Kazakov, who emphasized that although this agreement recognized Chinese suzerainty over Mongolia, the Huree government was, in fact, independent in all matters except those of a political and territorial nature. It was impressed upon him in several conversations that allowed, however, that full independence and a Pam-Mongolian state were out of the question: the western powers opposed the dismemberment of China, and Japan and Britain would cause trouble if they believed that their interests in Inner Mongolia and its contiguous regions might be jeopardized. The Sain Noyon Khan nevertheless continued to insist that the Halh would not relinquish Inner Mongolia.

When the Bogd’s government studied the declaration, it was indignant. It finally began to understand the European meaning of the terms autonomy and suzerainty. In St.Petersburg the Sain Noyon Khan told Korostovets that the Mongols were “enraged” at the duplicity of Russian policy, which contradicted all commitments made by the Tsarist government toward Mongolia since 1911. The Mongolian Ministry of Foreign Affairs delivered a note to the new Diplomatic Agent and Consul-General in Huree, Alexander Miller, refusing to recognize the declaration. On December 16 the Sain Noyon Khan sent a letter to Sanazov stating a subordinate relationship with it. The letter did express Huree’s willingness to participate in the proposed tripartite talks, but once more emphasized its hope that Russia would support the aspirations of the Barga and Inner Mongolia to join the Mongolian state.

Like Handdorj before him, the Sain Noyon Khan made a futile attempt to contact Western ambassadors in St.Petersburg and recruit their support. Notes were sent to the Embassies of the United States, Great Britain, France, Germany, and Japan announcing the independence of Mongolia and the formation of a Pan-Mongolian state, but no answers were received. Rather naively, the Sain Noyon Khan asked the Russian Foreign Ministry to help him meet with the foreign ambassadors and visit Western Europe. The ministry declined with the excuse that such contacts would be “inappropriate”.

Since the Russians refused to yield, the Sain Noyon Khan changed his clothes and together with his interpreter set out in the thick of the night in a desperate effort to arrange secret meetings with the foreign ambassadors. Although the Sain Noyon Khan’s mission should have been regarded as a qualified success, the Bogd Khan’s court characteristically saw a glass that was half-empty instead of half-full. The sain Noyon Khan had not obtained the desired quantity of arms (although he had secured a promise for more than the Mongols could themselves use): he had obtained the smaller loan that was desired, with undesirable conditions attached to it; but most importantly, he had failed to win either Russia or Japanese support for Mongolian unification.