The Russian had never taken the 1912 agreement with the Mongols very seriously. For them, it was diplomatic fiction, a political lever with which to demonstrate to the Chinese their determination to secure their minimum agenda in Mongolia. The Mongols’ independence was unrecognized, and therefore Mongolia was merely a Chinese region for Russia to claim.

Russia had signed the 1912 agreement with the Mongols only because the Chinese refused to accept their minimum conditions. At the same time that Korostovets was negotiating with the Mongols in Huree, Krupinski was persuading the Chinese Foreign Ministry to hold talks in Beijing.

For the time being, Russia had refrained from recognizing the complete separation of Mongolia from China and simply promised to help the Mongols preserve their autonomy. But if the Chinese refused to recognize this agreement, Russia would be forced to strengthen the Mongolian government.

The Chinese, however, replied that as Mongolia was only a part of China, it had no right to sign foreign treaties with Russia. Nevertheless, though the Chinese detested negotiating over the land they believed was theirs, they were running out of each other options. The Chinese attempted to turn the great powers against the Russo-Mongolian Agreement. How could the Chinese know that Russia and Japan had reached a secret agreement, the tenets of which had already been supported by the Western powers? Lu Chenxiang, the new Foreign Minister, purposed to Krupenskii on November 19, 1912, that his government would be happy to discuss the Mongolian problem if the Russian repudiated their agreement with the Mongols. The Russian Minister replied what the two governments might reach a new treaty based on the November’s Huree agreement. The Chinese agreed but said it was necessary that the treaty invalidate the Russo-Mongolia Agreement. The Russians, however, did not agree to this.

Although Russia and China had decided to negotiate, the two parties were pursuing contradictory aims. The Chinese government understood that public opinion would not be mobilized if the Russians did not cancel their agreement with the Mongols. Moreover, the Chinese “wanted their sovereignty over Mongolia recognizes, without any curbs on troops, administration, or colonization. In return, they were prepared to promise the restoration of the old order as it had existed under the Qing-an implicit, but not binding, acknowledgment of autonomy for the Mongols”.

On November 27, the Russians put forward their own proposal. In it, China was forbidden to alter Mongolia’s historic system of government. It also gave the Mongols “the right to defend and police themselves, prohibited colonization, and obliged Beijing to accept the “good a right of autonomous powers to make trade agreements, they demanded that the Russo-Chinese Treaty conforms to the 1912 Commercial Protocol they had concluded with the Mongols.

Ewing describes the negotiating process: “Negotiation continued sluggishly for the next several months, its progress impeded by the Chinese, who in desperation lingered over every article, every word, trying to win any concession they could.

They wanted, for example, the name “Mongolia” reached by “Huree”, which would have reduced Outer Mongolia to the two eastern aimags, and the word “suzerainty” substituted for “sovereignty”. A tedious pattern developed in which the Russians invariably replied to each Chinese effort to moderate tsarist conditions with the threat of negotiating directly with the Mongols. Such a threat, in its turn, brought each new Chinese draft a little closer to Russian demands”. Ewing’s account continues: “On July 11, Krupinski received new instructions ordering him to inform them, because of the serious disagreement which occurred on the Chinese side at the moment of signing, there should instead be a simple exchange of declarations merely defining their points of view. These declarations could then serve as the basis for later tripartite negotiations which would include the Mongols. Krupinski then presented a new set of conditions which, although largely similar in substance, were phrased rather more bluntly than the draft treaty submitted to the National Assembly”.

The Chinese Foreign minister Lu Chenxiang resigned his position because of public opinion about the Mongolian question and after the appointment of the new Foreign Minister, Sun Paoli, in mid-September, the talks were revived. Sun’s demand that the declaration includes a statement that Mongolia was a part of China delayed the issue. While the Chinese regarded this more as a question of form, intended to mollify the inevitable public protest against the declaration, the Russians feared that such an assertion would make it unacceptable to the Mongols as a basis for tripartite discussions.

China Without an Option

During the talks with Sun Paoli, Krupinski had the advantage, especially as it was important for the Chinese government to resolve the Mongolia question because of the “Second Revolution” in the south of China. With few options left, Foreign Minister Sun went to President Yuan Shikai. Sun reminded him that the course of negotiations over Mongolia had shown that Russia was willing to act independently if China could not or did not wish to come to an agreement. “In the end”, he warned, if the matter were not soon resolved, “this will become China’s northern sorrow”. Yuan agreed, and on November 5, 1913, just one year and two days after the Russo-Mongol Agreement, texts of the declaration were simultaneously released in Beijing and St.Petersburg. 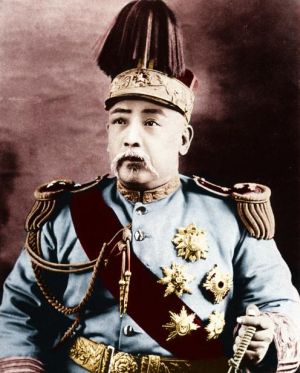 The Difference Between Agreement and Declaration

The 1913 Sino-Russian treaty is mentioned in some Russian history books as the Recognition of Mongolian Independence. This might be because the Russians wanted to give the Mongols the impression that the treaty was about recognizing Mongolian Independence. In some diplomatic historical writings, the treaty is simply titled Sino-Russian treaty of 1913 as if to hide the main contents.

Ewing offers this analysis of the affair: “The Sino-Russian Declaration and Exchange of Notes were a complete victory for the Russians. China recognized Mongolia’s autonomy in its internal administration, agreed to refrain from sending troops or officials, or to permit colonization (Russia took a similar pledge), and it also accepted the “good offices” of Russia in Chinese-Mongol affairs and consented to attend a tripartite conference in which the “authorities” of Outer Mongolia would participate. Mongolia was free to handle commercial and industrial questions without interference, although matters of a political or territorial nature were subject to the Chinese government.

The vital difference between this Sino-Russian Declaration and the Russo-Mongol Agreement was that the latter did not endeavor to place any limits on Mongolia’s size and, by implication, recognized Mongolia as a sovereign state, with powers confined strictly to its internal affairs. The term “internal administration”, a very ambiguous one, was to cause a multitude of problems later, for the Mongols and Russians tended to interpret it broadly while the Chinese preferred to interpret”. “It more narrowly”.