Mongulai
May 3, 2019 History of the Mongols, Mongolia Under the Manchu Administration 0 Comment

The Mongols, this spirited people who for generations had led lives of wars, victories, and defeats, began to degenerate. Where once they had gone big game hunting to maintain their combat skills even in peaceful times, they now indulged in idleness and entertainment. They shot at motionless targets from motionless positions, and the tips of their arrows were made not of iron but of soft materials.

Starting from holidays held at every ovoo, or rock cairn, in the land, up to the Bogd’s grand ceremony of religious worship, festivals continued uninterrupted from spring to fall, with Mongols running their steeds in horse races, wrestling and shooting fixed targets with their wooden-tipped arrows. Leaving his ger in spring to look for animals that had gone astray and coming back in fall, having whiled away the summer at feasts and festivals, the Mongol man had changed. This merrymaker, with a braid dangling between his shoulder blades and cuffed sleeves dangling at his knees, was hardly one of Genghis Khan’s Mongols who once drummed the earth with the hooves of their steeds.

Deterioration of the Mongolian Language

When Buddhism was brought to Mongolia in the period from the fifteenth to the seventeenth centuries, the rich body of Mongolian myths, legends, and magic tales was inevitably added to it, further enhancing its ritualistic aspect. This teaching whose lofty intellectual and philosophical essence was open only to the elite few, reached the people only as a form of superstitious worship, hindering their development. As prayers and services were conducted in Tibetan, only senior and highly-educated monks understood what was being recited, while the ordinary people perceived the prayers only as magic incantations. The fact that Mongolian was regarded as inferior even by secular intellectuals in Outer Mongolia was shrewdly observed by the famous Russian Mongolist Vladimirtsov. The situation in Inner Mongolia was different. There they used Mongolian in conducting religious services and took care to preserve Mongolian cultural heritage. Consequently, all the great Mongolian educators, philosophers, historians and writers of the seventeenth to the twentieth centuries were Inner Mongols.

The more superstitious people were, the more powerful Buddhism was. The more temples and monasteries were set up, the more people flocked to become monks. By the start of the twentieth century, 100,000 males of the total of 700,000 were monks, and there were nearly eight hundred monasteries. Cut off from the developed world, this nation army of monks who played no part in the production of social wealth.

Monasteries and temples were not places of meditation and teaching but only places of constant operation. Buddhism and its 100,000 representatives kept the Mongols docile. As a result, the economy deteriorated and the society declined.

The army of monks was, in fact, a group of parasites on the entire population. Thus the ready-made source of food attracted many people. Poor families would send their children to become monks to ensure their future. As for rich families, it was a way to escape taxes. Temples and monasteries gave people from poor backgrounds an opportunity to climb the social ladder.

In 1844, the Qing Emperor issued a decree to receive taxes from the taij. By 1918, Mongolia had around 13724 taij. When the taij lost their rights, many of them decided to become monks. Amongst the wishes of the many people to climb the social ladder, to gain a respectable position in society, to escape taxes or just to earn an easy meal, Mongolia soon had more monks than it could feed.

The Route of Wealth Leaving the Country

Mongolia gave away all their property in money and in kindas contributions to these monasteries and channeled their wealth towards Tibet. From the thirteenth century, Mongols had supported Tibet not only in military terms but also financially. During the Qing Period, the route that brought Mongol pilgrims to Lhasa ran through Utai and Gumben. Mongol nobles headed for Lhasa would pack loads of gold and silver and other valuables and give them as offering on their way, carrying back religious statuary in copper and brass, clay and paper. It is impossible to calculate how much of Mongolia’s wealth left the country along this route. 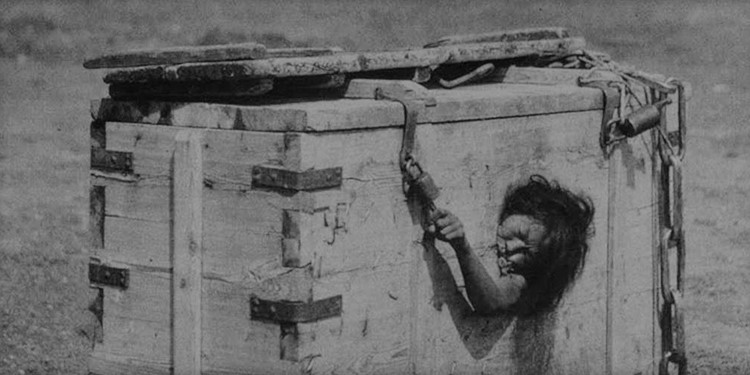 Some nobles took action to keep the increasing number of monks at bay because they understood that having too many monks would bring society to its knees. For example, Togtoh Van tried to decrease the number of monks by taking exams from them. When he saw the flow of wealth leaving Mongolia to Lhasa, Utai, and Gumben, he built a huge statue of a deity and through his monks, told the people that making offerings to it would be the same. The Manchus also tried to restrict the number of monks in Mongolia and passed a decree that there could be no more than 40 monks in one hoshuu. Nevertheless, this decree was all but ignored by the middle of the 19th century.