In accordance with Comintern directives, the policy of overthrowing foreign capital began. This meant establishing a complete monopoly of Soviet non-capitalist ventures and driving out other influences. At that time foreign capital constituted 67 percent of Mongolia’s trade turnover. In 1929 those capitalist petty merchants accounted for 9.8 percent of imports and 26 percent of exports.

In the free market, Soviet capital always ranked second or third in the Mongolian market. In 1929, a treaty was signed defining the basic principles of Mongolian-Soviet relations: “The USSR and Mongolia take each other […] as an exception to their policy of “foreign capital,” and each country will not consider as an exception any other foreign countries of their citizens”.

According to the agreement the Soviet Union would invest in the construction of factories for processing raw materials in Mongolia, in the development of transportation, and would increase the basic capital of trade and industrial banks. Soviet took the exclusive right of the state to export raw materials, animal skins and fur from Mongolia. Some socialist firms were given the exclusive right to collect raw materials freely. Thus, while in 1925, 86 percent of Mongolia’s wool was exported to China and 13% to the Soviet Union, in 1926, 76 percent of Mongolia’s wool was exported to the USSR and 22 percent to China.

In addition, Mongolia’s mutual assistance co-op branches in Kalgan and Mukden (China) were closed and the private export of hard currency from the country prohibited. As a result of the harsh policies regarding opening shops, collecting raw materials and taking them in and out of the country, Mongolia’s foreign trade fell wholly into the hands of the Soviets within a short time. 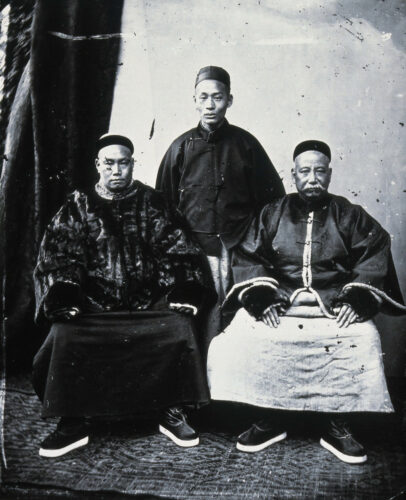 At the same time, pressure was exerted on foreigners not only in the sphere of business but also on a personal level. In 1925 there were 2,368 families of Mongols, besides the Gandan monastery and the Bogd Khan’s Palace, and 1,019 family units of Russians, Chinese registered, about 400 Tibetans and about 2,700 people of German, British, American, Danish, French, Polish, Hungarian and Italian origin. Registered foreigners were required to leave the country; those who resisted were forcibly expelled. In 1929, more than four thousand foreign resisdents were driven out of Ulaanbaatar alone. The Russians realized that this West European aid might diminish Soviet influence. Thus the Swedish and Danish experts who had been invited by Dambadorj were sent out of the country..

The was in line with the Soviets’ desire to completely isolate Mongolia from the outside world and in line with their monopoly in the Mongolian market. Within the framework of this policy about the fifty young people who had been by Dambadorj to study in Germany and France were all urgently called back in 1930.