Mongulai
Apr 17, 2019 History of the Mongols, The End of Mongol Empire 0 Comment

In the centuries after Genghis, Timur once again reminded the world of the terrible might of the nomads’ sabers. Just when Kublai Khan’s Yuan Dynasty collapsed and the banished Mongols were defending their native lands and being beaten info disunity, Timur Khan, was terrorizing all around him, having built his powerful and uniquely aggressive state on the foundations of the Tsagaadai Khanate.

In the middle of the fourteenth century, a new figure entered the political scene in Mavarannahr, a left-over from the Tsagaadai Empire. This way Timur, the son of a migrant from the Mongol clan Barlas. The clan to which his father Taragai belonged moved to the land of Mavarannahr at the beginning of the fourteenth century and since been journeying amongst, the newly sedentary Turks. Born in 1336, Timur had rallied his allies in the strife among the Barlas, and by 1360 the tribe was entirely in his grip. In 1361, he formed a successful alliance with Toghog Timur Khan of Moghulistan, and very soon afterward struck a deal with a certain Mir Husain and together with him subjugated his former ally. In one of the battles Timur received crippling wounds in his right arm and leg, and from that time was known by the nickname of Timur Lenk, or Timur the Lame (Tamerlane), by which he went down in history.

Persistently conspiring against Mir. Husain, Timur seized Samarkand in 1370, the battle for which resulted in Mir. Husain’s death. Timur thus became the sole ruler of Mavarannahr and assumed the title of Emir. Because he was not a Genghisid, he was unable to award himself the title of Khan. Instead, he adorned his name with the title of Gur Khan, or King of the World, by marrying Mir. Husain’s widow, whose father Kazan was of Genghis khan’s lineage. Timur, who was ruling from behind the puppet khans from the golden lineage Suyurgatmish (1370-1386) and Mahmud (1388-1402), encircled himself with a group of Tsagaadai descendants whose favor he had bought by bestowing special privileges.

Having ascended the throne in Samarkand, thirty-five years. Conquering Khwarazm in 1372, he burst into the Caucasus in 1392 and pillaged Armenia and Georgia. Crossing the Russian border in 1395 he reached the Volga and burned Sarai, the capital of the Golden Horde, thereby ruining one of the regions of Genghis ‘ realms.

Timur plundered and burned many Russian cities and villages. He also conquered Iran and annexed it into his empire. Having conducted three plundering expeditions into India, Timur seized Delhi in 1398 and collected a huge booty. in 1402 he engaged the Turks near Ankara and dealt a heavy blow to the Ottoman Empire. Then, in 1405, Timur set out on a campaign to conquer China, his lifetime dream, but -luckily for the newly established Ming Dynasty – Timur died suddenly on his way to Otrar.

Humankind was thus delivered from one of the most famous slaughterers in history. Besides plundering his victims Timur also perpetrated atrocious massacres. In Ispahan in 1387, e raised a pyramid of the several heads of 70,000 innocent civilians. Capturing Damascus in 1401, he ordered that each of his soldiers bring several heads. In the same year, e stacked 90,000 heads into 120 pyramids in the ruined city of Baghdad. In yet another battle, he ordered 100,000 captives be immediately slaughtered. Having pillaged a town, he ordered all its children to be laid on the ground and trampled by horse-drawn carts. Burying people alive was commonplace for Timur, and he once subjected four thousand prisoners to this excruciating death. when the citizens of the city of Sebwezar rebelled against him, he built walls of bodies by piling up this prisoner and pouring lime over them.

Timur’s only goal was to restore the disintegrating empire of Genghis Khan. To achieve this goal, he made more use than Genghis himself of cruel methods to breed universal fear. But unlike Genghis’ empire, Timur’s collapsed the moment he was dead. Although his empire did not endure, during his life he climbed up from the lowers social standing to become a famous historical personality.

Timur’s fourth son Shah Rukh’s son Ulugbek, was brilliant, celebrated Middle Age astronomer, His mother, Goharshad, was of Turkic tribal ancestry. She was also a patron of the arts. His other son, Baysonqor, was a patron of the arts like his mother and founded the royal atelier which bore the great Persian painter Kamal ud-Din Behzad. In 1409, Ulugbek received the royal throne at Samarkand. He dedicated most of his life to science, especially astronomy. Under the Emperor’s favor, Samarkand had built an institute which included famed astronomers and mathematics Jamshid al-Kashi, Qadi Zada al-Rumi and Ali Qushij. In 1428, 1444, he compiled a star catalog, Zij-i-Sultani, which would later become the manual of many astronomers for centuries to come. His work was translated by Oxford University in1648. From 1908-1914, Russian archeologist V.L. Vyatkin established the remains of the height of Ulugbek’s astronomical work and finished his diq in 1948. Renowned scholar Ulugbek was killed at the hands of betrayal in 1449. 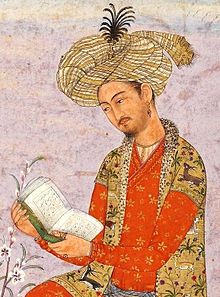 Timur’s great-grandson Babur succeeded his father Umar Sheikh Mirza. In 1519, he headed from Kabul to invade India and formed an empire centralized in the city of Agra. Mogul and Empire and since have been translated into 25 languages worldwide. Parts of the books of the book was first translated in Western countries in 1705. The Great Mogul Empire, created by Babur possessed the famous 105-carat diamond Koh I Noor which was passed down from generation to generation and later ended up in London. The great scholar and commander passed away from dynasty on the 26 of October 1530 in the city of Agra.