The northern barbarians, who incessantly raided and looted China, depriving it to peace and forcing the building of the Great Wall, were a nomadic people. Though covered with thick taiga in the north, most of their land was a vast expanse of arid steppes and deserts, unsuitable for farming. According to J.Murdoch, 90 percent to the herder society whose livelihood depended on husbandry and by domesticating animals were nomads.

Furthermore, as society developed, the primitive lifestyle of eating meat, wearing animal skins, and living in felt-covered tents could no longer satisfy the emerging culture. Central Asian nomads found that the easiest and most convenient way to meet their unsatisfied demands was to raid and loot sedentary societies. Since a herdsman’s household needed and could produce goods identical to those sought by the families or neighboring herdsmen, nomadic societies lacked an internal market for the exchange of commodities. Pastureland was the main reason for wars between tribes. Despite to size of their territory, the generally arid steppes could not provide every herder with sufficient grassland. In addition, rivers were scarce, and life depended on a supply of water.

Nomadic cherish their freedom and the free-wheeling life that the inhabitants of these vast expanses led through four seasons, communicating directly with nature, shaped them into an unruly, proud, and uninhibited people, with little sense of time. Born into a world of constant change, they developed an ability to adapt easily to new conditions.  Since pastoral nomads were at the mercy of nature and were forced to live in harmony with it, human interdependence was relatively low. Since the supply and demand for every nomad family were the same, hostilities with each other arose.

While farming and city-building peoples have always looked down on nomads as “primitive” it does not mean that nomads have reciprocated by looking up to the sedentary inhabitants of the city and farm. There is a strong tradition among nomads that they are people who have made themselves free form the drudgery of the peasant and the restricted life of the city dweller.

A Reason to Unite

Although isolation and competition for resources hindered the nomads from moving towards an integrated system of statehood, they shared an interest in diversifying their consumption now and then through wars and looting. When conditions were right, a tribe would grow strong enough to come together and direct their united force in aggression against a sedendary neighbor. 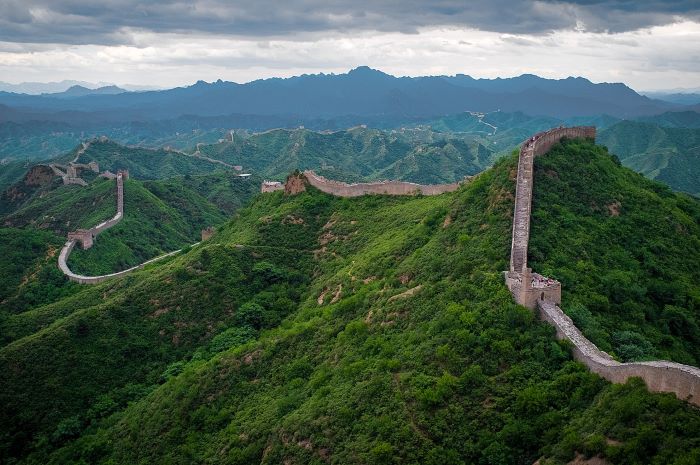 China’s sedentary civilization and the northern nomadic culture had little in common except mutual hostility. Their natures ere do widely divergent that they proved incapable of understanding each other, and seldom did they try. To the nomads, pastoral livestock breeding was suitable, honorable, and uncomplicated, it was by far the most agreeable occupation, while arable farming and handicrafts, and particularly the construction of buildings were jobs suitable only for salves. The Chinese, on the other land, felt that nomads are crude, ignorant and savage people, and always treated them disdainfully. When facing a threat of war or defeat, the Chinese frequently attempted to bribe “the fools” with gifts and princesses.

The nomads never borrowed their world outlook from the Chinese but from the West. The Uighurs brought the religion of Manichaeism from Iran, while the Huns and the latter-day nomads in Mongolia initially adopted Syrian Nestorianism, then embraced the Buddish of Tibert. Silks, pottery and other articles of domestic use were what the nomads took from the Chinese. A few times, however, in these thousands of years these nomadic tribes craved things Chinese. They then invaded civilization and settled there as its masters. Then invariably they were completely swallowed up by the culture of a higher order and were recorded in history as one of the numerous Chinese dynasties.