The Soviet Army in Mongolia

Mongulai
Aug 14, 2019 History of the Mongols, The Great Purge 0 Comment

On March 12, 1934, a Soviet-Mongol Protocol of Mutual Assistance was signed in Ulaanbaatar. The Protocol, valid for ten years, provided for various forms of assistance, including military assistance, in the event of a threat from a third party against either of the two countries. This was what Genden and Demid had hopelessly been trying to postpone. They had preferred to exploit the antagonism between the USSR and Japan for the sake of Mongolia’s independence. 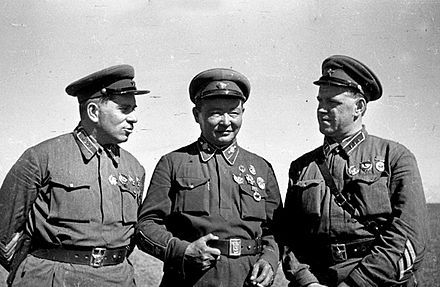 Protocol Turns into an Invitation

The protocol was signed by the soon to be banished Minister of Foreign Affairs Genden and new Prime Minister A. Amar. Stalin was in a hurry to set up a comprehensive defense system for the whole Far East. The only link missing was to station the Red Army in Mongolia. However, Demid, the Military Commander who had traveled with Genden to Moscow, stood in Stalin’s way.

In a display of diplomacy, before signing the document in Ulaanbaatar, Moscow had sent the draft Protocol to Chiang Kaishek for suggestions. Twice, on April 7 and 14, the Chinese Foreign Ministry expressed its protest in diplomatic notes to the Soviet Foreign Ministry explained to the Chinese that the Protocol was valid only in the case of aggression and did not have significance in peacetime. The note said that the government of the USSR “recognizes Outer Mongolia as an integral China’s sovereignty therein”. That was the second time that the USSR officially acknowledged China’s sovereignty in Outer Mongolia.

On August 13, 1937, the Central Committee of the All-Union Communist (Bolshevik) Party chaired by Stalin decided to station the Red Army in Mongolia. On August 24, 1937, a large delegation of the Soviet government arrived in Ulaanbaatar, unannounced. It included Smirnov, Deputy Minister for Defense, Frinovski, Deputy Minister for Soviet Internal Affairs, and Mironov, the newly assigned representative in Mongolia.

The delegation had not intended to meet with Demid in Mongolia, who had just been called to Moscow for the second time, but rather to present to Prime Minister Amar Japan’s plan to take over Mongolia. Prime Minister greeted the delegates in his room that evening in a state of shock. While the NKVD delegates were at dinner, Choibalsan visited them. The delegates informed him that they will be sending troops to Mongolia. Choibalsan asked how the Mongolian government request of assistance from the USSR, or in the form of acceptance of Voroshilov and Molotov’s letter. The delegates told him that it should be in the form of a request.

The next day, the State Baga Hural and the Council of Ministers issued Decree No.22, which was an invitation to station the Soviet troops in Mongolia.

At the moment this decree was issued in Ulaanbaatar, the Seventeenth Soviet Army had already crossed the Mongolian border at Altanbulag and Ereentsav, and was heading to its assigned places. One day before the decree, Choibalsan called the Chief of Dornod aimag to tell him not to be disturbed when Soviet troops entered the aimag territory. This decision, which both Genden and Demid had resisted, was put into effect immediately. The Soviet army, led by officers experienced in the Spanish Civil War, was to transport its military equipment to the empty Mongolian steppe and to ship it later to the Chinese for use in the Sino-Japanese War. The army was composed of two mechanized motor brigades, one ground troop division backed by artillery and automobiles, one cavalry brigade, a communications unit, an anti-landmine unit, an engineering unit, and transport, air, and automobile brigades. There were almost 30,000 Soviet troops.

Even before this, several Red Army units had already been stationed in Mongolia. Even earlier, on January 25, 1936, Soviet military assistance was requested.

Stalin had other reason to send troops to Mongolia. He was eager to exert influence in the Sino-Japanese war which had started one month earlier and was, in his view, the key to maintaining the security of Soviet interest in the Far East.

We request that the Soviet government send military units of the Workers and Peasants’ Red Army as soon as possible to counter the direct threat and its possible consequences to the people’s state of Mongolia in the current situation.

Demid was a veteran partisan like Choibalsan himself and besides, he had graduated from the prestigious Tver Cavalry Military School. He was Minister of Defense, Commander-in-Chief with four medals for military excellence, the Polar Star Medal, and the Soviet Red Banner medal. On top of that, Demid was one of the two Mongolian Marshals, along with Choibalsan. G. Demid was popular and well respected among both the army and the people. He also had a decisive influence on the political leadership of the country.

Apparently, because of Demid’s immense popularity, the Soviets chose to liquidate him. Invited by Voroshilov to attend military exercises, Demid started for Moscow from Ulaanbaatar on July 23, 1937. However, no sooner did he reach Altanbulag (the northern border town at Kyakhta) than he was sent a recall order bearing Choibalsan’s nad Luvsansharav’s signatures. It might have indicated a change in the liquidation plan because of Tseveen Jamsrano, we worked in the Institute of Oriental Studies in Leningrad, Genden, who was “on vacation” in Foros at the Black Sea; and Gombojav, who was working together with Jamsrano, were also arrested at that time together with Demid’s adviser Vanier, Tairov, the USSR’s representative in Mongolia, the trainers Ivanov and Tarkhanov, Purev, Director of the Industrial Combine, Ochirbat, a military counterintelligence officer, and Olzii. 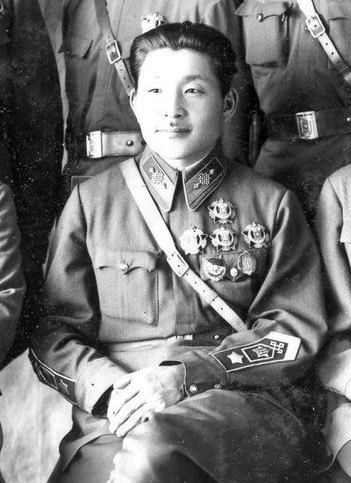 On August 22, Demid died from food poisoning at the Taiga railway station in Siberia. Some of those who were accompanying him also died, and some survived. His body was taken to Novosibirsk for an autopsy, which recorded, “Second-degree latent syphilis, chronic malaria, arteriosclerosis, and a congenital drop-shaped [small] heart were the factors that facilitated his death.” The results of the autopsy lacked consistency and obviously did not reflect the true state of health of a thirty-seven-year-old military officer in his prime.