The Yuan Dynasty – First Foreign Dynasty to rule all of China

The Chinese called the Great Mongol Empire Da Chao, a direct translation of the Great Empire. Later they called their empire, ruled by a Mongol king, Da Yuan or Great Origin. The names of all Chinese dynasties originated from Chinese feudal province or geographical locations. Even the non-Chinese Kitans named their dynasty Liao, after Liao province, and the Jurchid named their dynasty after the Jin river. In 1271, Kublai Khan proudly gave his dynasty the name “Great Origin” which, for the first time in Chinese history, had no geographic reference.

Kublai played a tremendous role in China’s history; in fact, he may have been one of the nation’s greatest emperors. He was, first of all, the one who had brought the disunited country under one rule. In 1280, he finally achieved victory over the Southern Song, ending a highly protracted war and creating a unified China. While using the ancient Chinese traditions of state administration in running the affairs of the United China, he was a statemen who introduced numerous new reforms. He successfully established centralized government machinery (Zhongshusheng) devised by Ye Lu Chucai. This major institution within his government was staffed entirely by Chinese, apart from a handful of “dismounted” Mongols, who held the few executive posts. This time there were sixty million Chinese while their Mongol rulers numbered a mere few hundred thousand.

Not only a region but everything else mixed in the land of the Yuan. Chinese lived side by side the Mongols, Koreans, Tibetans, Miao, Uighurs, and people of many other languages. While major Yuan laws were admixtures of Jin and traditional Chinese laws, other legislation, particularly the criminal code, were reflections of the Genghis Khan’s yasaq. Since the ruling Mongols and the subordinate Chinese were frequently unable to understand each other’s languages, they used Mongolian and Chinese simultaneously.

After one hundred years, when the Yuan Dynasty was nearing its end, there were very few Mongols who spoke Chinese or knew the Chinese script and even fewer Chinese who spoke Mongolian. State and court decisions were first made in Mongolian and later translated into Chinese. Due to a difference in language and culture, the Chinese translations of the decrees unsophisticated and primitive.

Toghon Temur, the last Yuan emperor, had no regard for the Chinese civilization and was even hostile toward it. This attitude may have provoked the rebellion and, furthermore, saved the Mongols from complete absorption into Chinese society.

Kublai Khan divided the population into three, and later four, groups. First in priority were the Mongols, followed by the so-called Semu ren or “the colored-eyes” (Western and Central Asians such as Uighurs, Turks, Arabs, Persians, and Tunguts, etc..). The third was the Henren or the Northern Chinese, as well as Kitans, Jurchers, and Koreans, while the fourth was Hanren, the Han of South China. These four groups enjoyed descending degrees of rights and powers in political, military, economic and cultural fields, with the Nanren, of course, considered inferior to the other three groups. A Chinese who killed a Mongol was put to death, while a Mongol who killed a Chinese was sent to war. 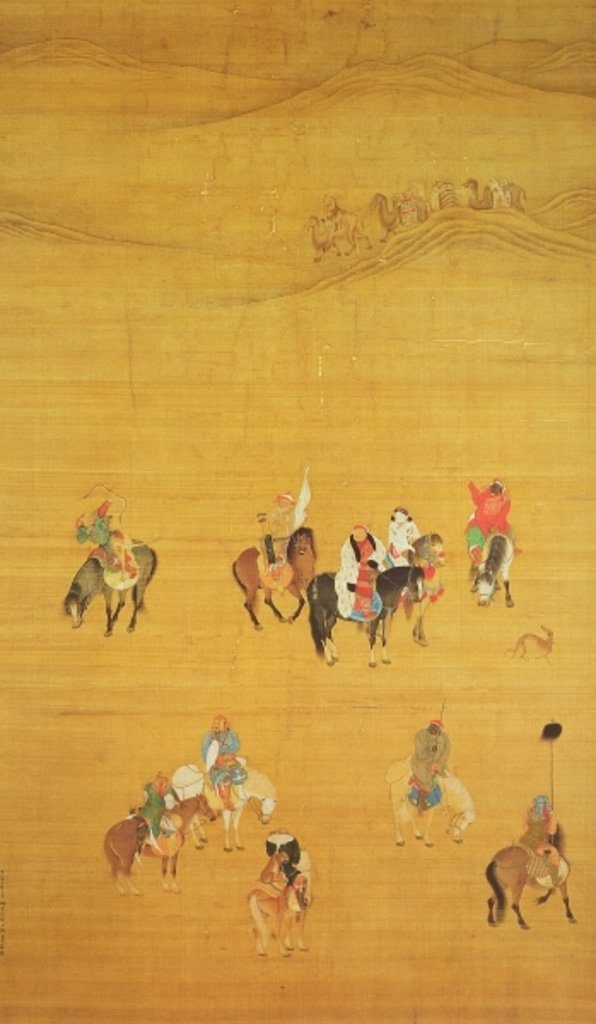 Although many factors contributed to the downfall of the Yuan Dynasty, central was the tendency of the nomads to fight between themselves to the death in the absence of an undisputed leader. The period following the death of Kublai Khan was marked by constant revolts in Mongolia against the royal court in Baidu. Following the death of Emperor Buyant, the imperial throne of the Yuan became a sort of transit station for men whose days were already numbered. No sooner had a member of the golden lineage ascended the throne, that he would fall victim to the struggle unleashed by groups of power-hungry courtiers. Small wonder, then, that the widow of Togoontomor Khan flatly rejected having her beloved son Yantogs installed as Emperor at the suggestion of an influential official named Yan’tomor. In another incident, Togoontomor Khan’s own son Ayuushirdar was involved in a conspiracy plot to assassinate his father.

Togoontomor, however, did not think that the great empire was forever lost, and firmly believed he would eventually recover it. This is why, instead of going to the Karakorum, the capital of the Great Khans, he settled down in the city of Yichang and proclaimed the land north of the Great Wall his southern Yuan kingdom. Before dying in 1370, he passed the throne to his son Ayuushriddar, improving him to recover Daidu. Bu that same year the Ming army launched an attack and pushed the Mongols further to the north. Ayuushridar, a descendant of Genghis Khan, retreated to the Karakorum, the city founded by his great ancestor.

The Fall of the Yuan Dynasty

History quickly made a 180-degree turn and now the Chinese were attacking the Mongols. In 1372, some 15,000 Ming soldiers made a foray into Mongolia and were repelled. Eight years later, another Ming raid left The Karakorum in ruins. In an effort to intercept their onslaughts and prevent the Chinese from breaking deep into Mongolian territory, Togstomor, who occupied the throne at that time, came up with the clever idea of moving his capital to Yingchang. However, 130,000 Chinese troops led by general Mu Yin attacked Yingchang and leveled the city, nearly capturing Togstomor himself. In 1387 another battle took place near Mukden, after which a Mongol general Nagachuu joined the Ming with his 20,000 troops.

This following year witnessed the death of Togstomor, the last Khan of all Mongolia, bringing to an end not only his Southern Yuan Dynasty, established in hopes of restoring Kublai’s empire but also the unified state within the Mongol territory.

Having learned that Togoontomor was drawing his Mongols northwards, Ming Taizu issued an edict prohibiting the Mongols in China from leaving their places of residence. This is why, today, a group of people who no longer remember their native language and culture but who still consider themselves Mongols, live in China’s Yunnan province. They are the descendants of the Mongols abandoned by Togoontomor and held captive by Emperor Ming Taizu.

The Six Tumen of Mongols and Four Tumen of Oirat

This time the Mongols controlled a territory stretching from the Khinggan to the Tenger Mountains and from Siberia to the Great Wall. After the fall of the Yuan Dynasty, these vast lands came to be called Zurgaan  Tumen Mongol, Dorvon Tumen Oirad- Six Tumen of the (Eastern) Mongols, and the Four Tumen of the (Western) Oirats.

Thus, the nation which, under Genghis Khan, had expanded to incorporate nearly half of the known world, returned to exactly the point from which it had begun.

Whereas in the times of Genghis Khan there had been forty tumen, in the post-Yuan period there were three right-hand tumen, and three left-hand tumen, in addition to the four Oirad tumen. Previously, the name of the all Mongol tribes, together with those of the Oirad, had been “forty-four tumen”; the later coinage was six tumen of Mongols, and four tumen of Oirad.