Mongolians carefully maintain knowledge of their genealogies, which can stretch back to ancient times. Accounts of the descent of their relatives and children help to define families as a unique social unit and as a site for a process of biological and social inheritance. That is why they carefully examine the genealogical and intellectual character of those who would become husbands and wives. Therefore, they deem the marriage of their son and daughter to be a sacred duty of national significance. They check the genealogical character of the would-be daughter-in-law and seek her parent’s consent. Both parents of a would-be couple examine the genealogies of both sides, their compatibility, disposition, consciousness, body shape, benevolence, labor, principle, knowledge, skill, and age. Those would-be couples are examined by several points in their ability to live in compatibility. If their ancestors were thieves, liars, bad at working, ill-dispositioned, or had a chronic illness, the marriage would be called off. This is evidence that they understood the importance of an account of the genealogical descent of their families and children. It is taboo among the Mongolians to intermarry within a tribe. It is taboo to intermarry within seven generations from the paternal side and three generations from the maternal side. These rules are maintained to prevent inbreeding. Mongolians say “Kin prefers kin, a growing tree favors its ground”. Our senior people advise us to trace our descent by paternal relations. It is a necessity to keep one’s pedigree safe. It is a sacred duty to trace one’s genealogical descent well. The paternal relative is agnatic, the maternal relative is cognate. 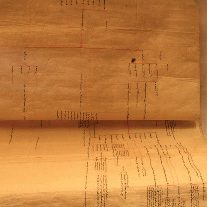 2. Üyel – first cousins (offspring of the brothers only), üyel-ber – wife of a cousin’s son

3. Khayal – paternal second cousins (they are agnatic through the male side)

The female side is broken into the following: