Treaties of Nerchinsk and Kyakhta

Due to its poor relations with the Mongols, Russia then began seeking direct contacts with Qing China and the Dzungar Khanate. On August 27, 1689, Romanov’s Tsarist Russia and the Qing Dynasty signed a treaty at Ford Nerchinsk on the Nevchuu river. It was the first document of its kind in the history of Russo-Chinese relations. While setting the framework for political and trade relations between the two countries, the document failed to specify the borders, because the Halh region and the Dzungar Khanate did not yet belong to either of the negotiating parties. Furthermore, the strength of the Mongols at that time was roughly equivalent to that of Russia or China.

The principles of mutual trade as formulated in this document, historically known as the Treaty of Nerchinsk, attest to the desire of Qing China to restrict commodity exchange between the Halh and Russia as much as possible.

Prior to this treaty, Mongolia had lost territory in the south to the Manchu and in the north of the Russians, and now the remaining central part began feeling the growing pressure on both sides. Mongolia was “the baby offer caught between the rocks, as a popular Mongolian folk song puts it.

The Mongols invaded and attacked China for many generations. When China regained its power, the Mongols, thanks to their quick maneuvering skills, escaped north and saved themselves. This is why the Mongols were never defeated by the Chinese. However, when Russia proclaimed Siberia and established its border on the northern territory of Mongolia, the Mongols had nowhere to escape. 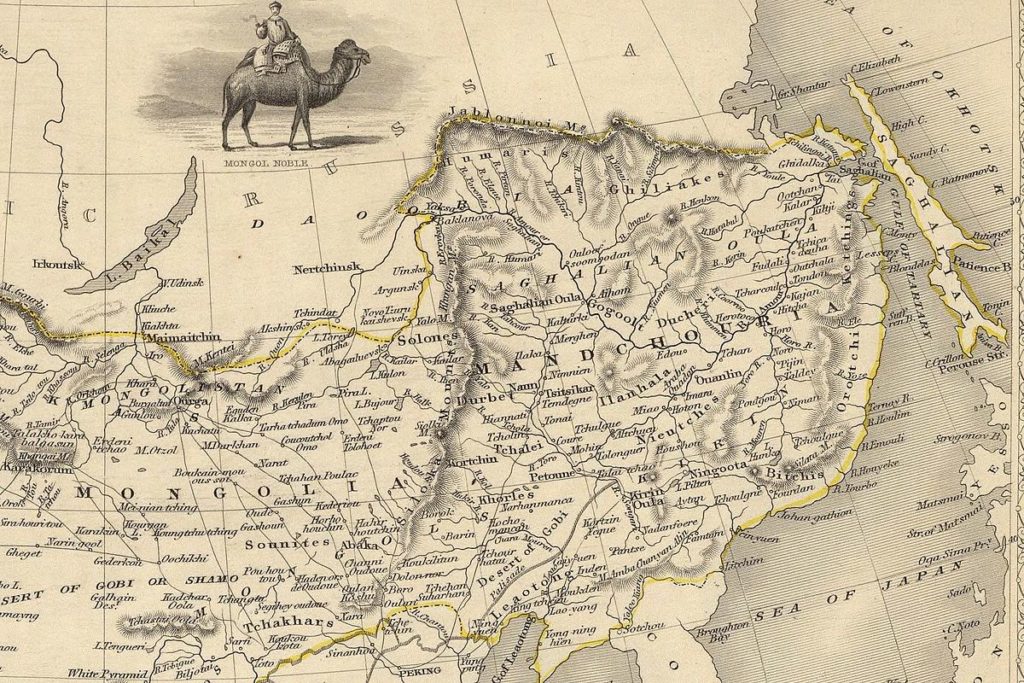 A diplomatic mission, dispatched by the Russian Empress Catherine included, apart from Count Savva, also Lorenzo Lange and Father Innokent Kulchinski. The party traveled for about a year to reach China where it spent half a year negotiating with Yongzheng’s three ministers. The representative of the Li Fanyuan, the Committee for Mongol and Tibetan Affairs founded in 1638 by the first Qing Emperor, played a big role in the negotiations. These protracted talks ended with an agreement that the Sino-Russian border would be drawn at the Selenge river. Border talks ensued in July 1727 at Kyakhta to finalize the bargain.

The Qing delegation was led at first by Lungodo but he was recalled in Mid-August and replaced with the Manchu emperor’s son-in-law, a Mongol by the name of Tseren who bore the title of efu. The Treaty of Kyakhta, sometimes referred to as the Treaty of Buur, was signed on October 31, 1727.

Compared with the Treaty of Nermchi forty years priviously, this provided a clearer framework for the relations between the two countries and fixed their joint border from Central Asia to the Pacific shores. The Mongols of the Lake Baikal region were to become Russian’s subjects, and Mongol south of the Selenga Chinese subjects. But the Dzungar-lands west of the Urianhai territory, known to be the geographical center of the Asian continent-managed to remain independent.