A military commander of Western Han. Since his sister became a concubine of Han Wudi Emperor, he had a chance to enter the Palace. Moreover, he was paid the attention of Wu Di Emperor and opened the way to become a military commander. When Xiongnu mounted an attack on Shanggu district in 129 BCE, Wei Qing, Gongsun Ao, Gongsun He, and Li Guang battled with 10000 cavalries in intercepting way. Only Wei Qing won the battle, killed more than 700 soldiers who guarded the Longcheng, Xiongnu Sacrificial Place, and captured the city. It was the first victory over Xiongnu. So Wei Qing was awarded a high rank and title. The next year, he killed over 1000 soldiers of Xiongnu and deserved great merit. In 127 BCE, he defeated the princes of Soufan and Baiyan tribes, killed thousands of people of Xiongnu, and took over a million livestock animals. Consequently, Xiongnu lost the Ordos and experienced a great loss. He erected a fortified wall-Shoufang in his domain and made it a base to attack against Xiongnu. In 124 BCE, when West Tuqi wang of Xiongnu attacked the Shoufang, he was defeated by Wei Qing’s besiege. After the victory, Wei Qing became a general commander or generalissimos. In the following year, he invaded Xiongnu and killed or captured 20.000 soldiers, but his second commanders were defeated by Izhixie Chanyu of Xiongnu and Zhao Xin gave in. At the battle mounted in 119 BCE, Wei Qing commanded the main force of the army, defeated Izhixie Chanyu, and killed or captured thousands of soldiers. Nevertheless, n other famous Han commander. Li Guang committed suicide because he did not win the battle. The mass of people blamed Wei Qing for never commanding the army. Then he worked as an advisor of the Emperor and died in 106 BCE.

His real name is Touba Jun and a successor of his grandfather Touba Tao. His father is Touba Huang and his mother is a relative of the Rouran Emperor. He ascended the throne at the age of 12. He is recorded in history as he refused the strict policies and campaigns carried out by his grandfather to renew the laws and calm the people. But he continued the military and diplomatic strict policies to Rouran and High Carts-Oguz. His son, Touba Hung prince succeeded to implement his policies.

Emperor of Rouran. Also called Ongudai. After the death of his father Desigun, the state disintegrated. The Eastern part was ruled by Desigun’s eldest son Pihuoba, while the Western part was ruled by the second son Wengedi. He managed to gain independence from Touba Wei in 376 and tried to capture the territory ruled by the previous Xiongnu together with Liu Weicheng of the South Xiongnu. In 386-395, the Tabgachi made an attack on Rouran with a big force and weakened their force. Rouran got more powerful in the period of Wengedi’s son Shelum.

Firstly established as a result of the disintegration of Touba Wei. After Yuwen Tai general, killed Yuan Xiu, the last emperor of Touba Wei in 535, he let Yuan Baoju play a puppet emperor of the Western Wei. As Western Wei had a more powerful economy but less land and population than the Eastern Wei, they could protect themselves well. Furthermore, they captured some places dominated by Liang State in the south. In 557, a son of Yuwen Tai demoted the previous emperor Yuwen Jue and founded a new state named Northern Zhou. 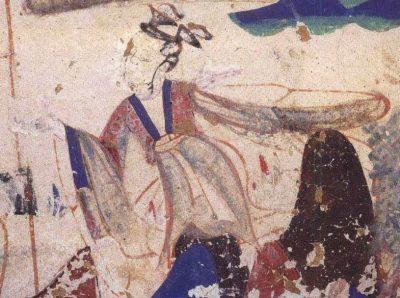 Statesmen and diplomats of the Chinese Han Dynasty. Famous for being faithful in Chinese history, and renowned for the policy of Xiongnu. In 100 BCE, Wudi Emperor appointed him as a second general of a palace safety and an officer of Xiongnu affairs. Wudi sent messengers headed by Su Wu to Xiongnu in 101 BCE and asked for a peace treaty as the vassal state of the Han Dynasty. During his stay at the court, SU Wu tried to organize a coup-d[etat but it was revealed and sentenced to hard punishment or to surrender to Xiongnu. Su Wu did not accept the surrender and was sent for exile far away to Baikal Lake. However, the state barely has forgotten him for 19 years but took back him by a special contract. 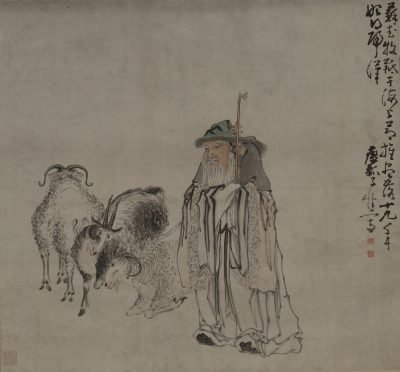 Although the Xiongnu preferred to avoid close-range fighting. They were equipped for it, as is shown by occasional archeological finds of the appropriate weapon types. There are two swords have been found in the territory of Mongolia.

Sword-1: It has been found in the tomb No.5 at Baruunkhairkhan Uul near Ulaanbaatar city. Length 67.7 cm, thickness 0.5 cm, length at handle 1.9 cm, thickness 1 cm, and weight 160 gr. It is double-edged and has a spiky and thin point. the sword was placed in a wooden sheath but due to lack of preservation, the sheath was damaged very much. Even though the surface of the sword is corroded considerably it has been kept very good. This sword is being kept at the Institute of Archeology, MAS. 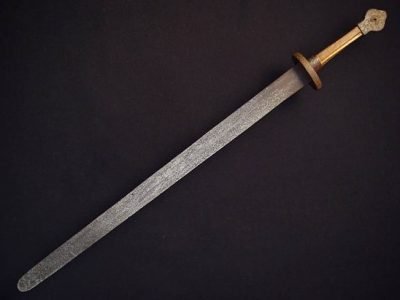 Sword-2: It has been found in a burial excavated in Khovd province. Length 69 cm, shoulder width 1.3 cm, grip length 16 cm; it has a 3.3 diameter ring on the point. The sword is considerably corroded and damaged even though it was initially placed in a wooden sheath covered with leather and fabric. According to these words, these have a straight blade with two edges and a hilt without a guard.

Though some authors have referred to the term “sabers”, this is a misleading description therefore the right use of the term will make further research easier. As noted in the Mongolian dictionary a sword is a double-edged, straight weapon made of steel that places in a sheath/scabbard.

One Chinese source described the Xiongnu as “using bows and arrows from a distance, but using spears with iron handles when closer in”. an iron sword decorated with the Chinese characters “Zhong Dao” or “A Soldier’s Knife” has been found in the Baikal region, suggesting that the Xiongnu may sometimes have used Chinese-made weapons. Other Eurasian steppe warriors of the time, for example, the Sarmatians, were skillful swordsmen who, on at least one occasion, defeated the Xiongnu. When fighting the Xiongnu the Sarmatians unleashed a hail storm of whistling arrows than closed to fight them with swords.