Chinese Emperor of the Han Dynasty. The original name is Liu Che. Was born in 156 BCE and passed away on March 29, 87 BCE. During his reign, the influence of Daoism and the authority of Han increased much trans-border. He was attacked by Xiongnu by the stage-by-stage plan and the war continued for almost 40 years but could not reach achievement. He united Southern China, Northern, and Central Vietnam, and conquered the Korean peninsula. During his reign, Han warriors reached Fergana (present Uzbekistan). Wu Di wars emptied out-state funds and new policies were carried out in order to increase the account and control the salt, iron, and wine productions. However, during the war of Wu Di, the Han dynasty state deteriorated much more than Xiongnu and was made an agreement of peace.

Chinese Archeologist. Born in a Mongolian family of Khorchin Zuungar banner, Jirem aimag, Inner Mongolia in 1937. Graduated from the Department of History, Beijing University with a major in archeology in 1962. He started his career at the Institute of Archeology, Academy of Social Sciences, in Beijing and was appointed as Vise Director in the same institute, as an Executive editor of the review “Kaogu” and as a director of the Board for granting Archeological degrees. He is an honored professor at the Institute of Archeology of Germany. the main field of his research work is archeological research on the period ranging from the Bronze Age to the Early Iron Age in the North part of China. The excavation and research on Xiongnu graves in Daodunzi supervised by him in 1985, hit the headlines at that time and were a great work to make a significant contribution to the Xiongnu studies. He implemented a China-America joint project entitled “Archeological research in the Henhe River basin” and “Excavation and research on the burial place in Shar Tal”. He is accounted to be a scholar who made a great contribution to the archeological research on Xiongnu and other ancient nomadic peoples. Unen-Yosutu wrote many works concerning ancient nomadic nations. Of them, a book entitled “A comparative archeological research in the northern steppe from the Bronze Age to the Xiongnu period” (Beijing, 2007) finished to write before he died, is considered the most comprehensive work on this matter in Chinese.

Ancient Mongolian speaking tribes, Inhabited the south-east of Inner Mongolia when Donghu confederation fell down in 209 BCE by Xiongnu attack. Included in the Xiongnu state and later followed the Han in the 1st century BCE. When defeating Eastern Han, “Wuhuan 3 generals” supported the Yuan Xiao noble and were defeated by Cao Cao in 207. Since that time, many warriors of Wuhuan followed Cao Cao and were renowned as “Legendary horsemen under the Heaven”.

Wang or King of Zhao state during the Warring States Period of Chinese history. His reign was famous for one important event: the reforms consisting of “Wearing Barbarian Uniform and the Use of Cavalry in Battle”. Wuling Wang ascended to the throne in 325 BCE, about halfway into the Warring States Period. His reign coincided with the appearance of several other notable figures in the Warring States. With his new army formed in Xiongnu style, he had pushed northward the nomadic tribes from the Yinshan south slope and Ordos regions, where constructed lines of the fortified walls to mark his newly occupied territories. which was a significant loss for Xiongnu and resulted in the growing confrontation between Chinese and nomadic peoples. 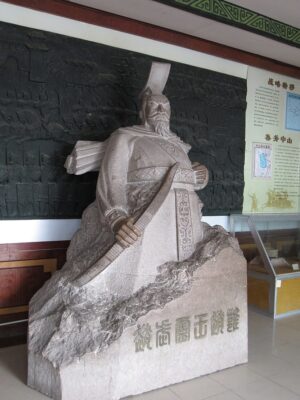 The nomadic nation of the Xiongnu period. Inhabited in present Gansu province, east of Xinjiang with Yuezhi tribe. In 176 BCE, moved to the north of Xinjiang and east of Kazakhstan. Wusun’s ruler’s title is Kumo. Defeated by Xiongnu and became a vassal, but later allied to Han Wu Di Emperor against Xiongnu. Archeological sites of Wusun remained in China, Kazakhstan, and Kyrgyzstan. Wusun people presented anthropological by their mix of euro-paid and mongoloid types. The last time noted in the Chinese source in 436 CE. Considered to be the ancestor of Tele and their descendants were the major population of the Turkic Empire. 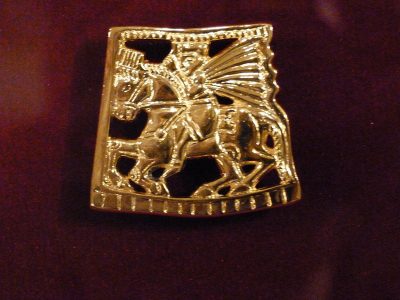