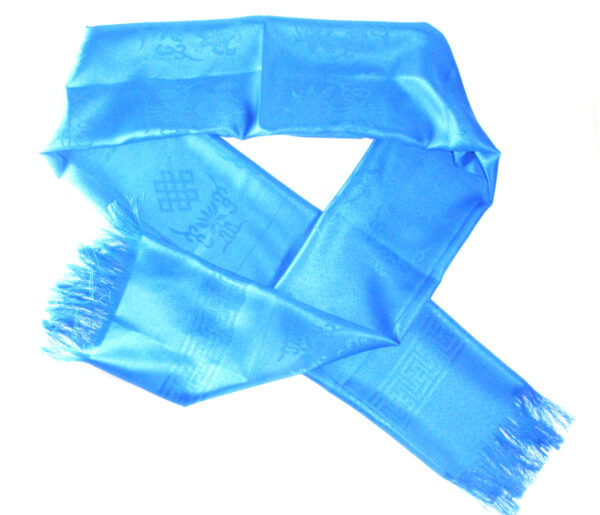 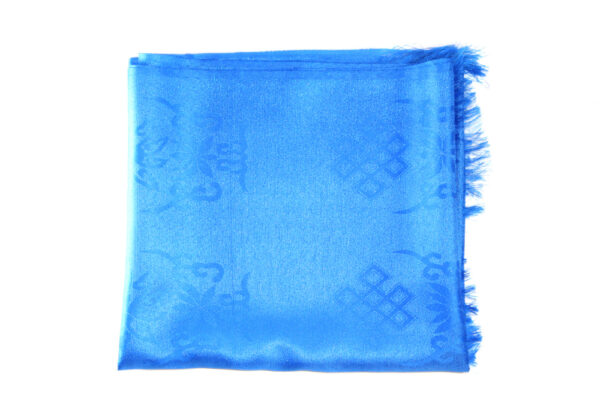 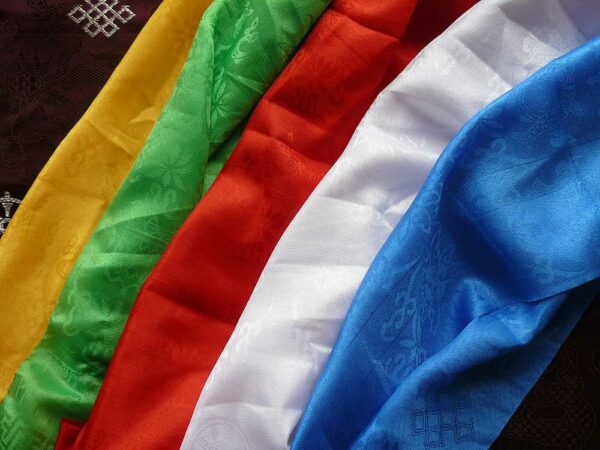 Khadag is long piece of fabric mainly made of silk. Khadag is something Mongolians use to show their highest appreciation and respect towards someone. Khadags can differ from each other, not only by their color, but depending on the drawings on them and its length they are used for distinct occasions.

White Khadag: It symbolizes milk and pure kindness. And a symbol of the best and greatest respect. Such khadag is offered to the gods and held to the oldest person who is highly respected.

Yellow Khadag: A symbol of religion and science. So they only hold on to their teacher and not on anyone else.

Blue Khadag: It symbolizes the sky and is generally used as a symbol of respect, so it is widely used to hold each other and brothers and sisters.

Red and green khadag: Red symbolizes fire and green symbolizes the earth. These two colored khadags are not popular. Instead, it is used for special activities that symbolize the five elements of Buddhism.