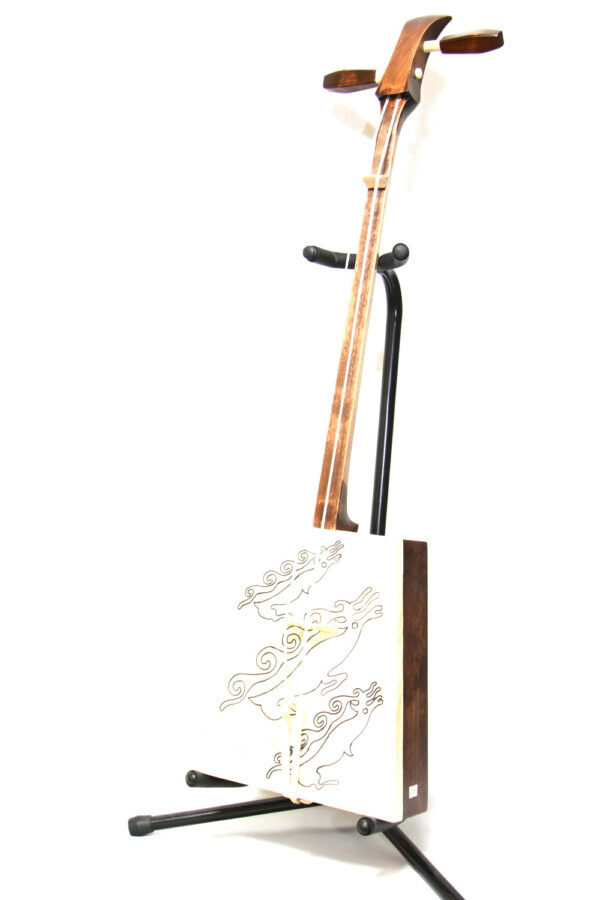 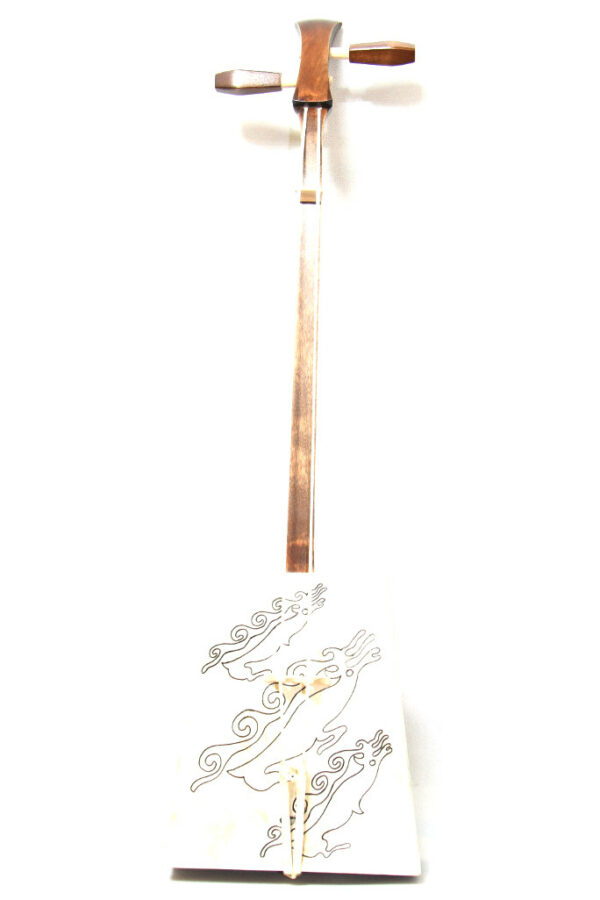 Student-type instrument. Good for learning. Carving relatively simple. Average wood quality.Made by Manufacturing Method, To make it in bulk quantity, make in process includes more than 3 person whom has it’s own duty to make certain parts.

Medium to the professional quality instrument. Good for learning and playing concerts. Carving is detailed. Quality of wood is good. Rich sound.Made by Handmade methods which solely on one average skilled craftsman.

The instrument for the real professional, enthusiast and/or collector. Very detailed carving and details. Very high-quality wood. Deep and rich sound. There are Fa and Si note strings in the instrument. Standard note Semi-PRO in strings makes the sound melodic, therefore becoming more and more easy to learn. The amplitude of a sound wave is the same at every push on the string. Standard size. Made by one of the Few Mongolian Master Craftsman.

An igil (Tuvan- игил) is a two-stringed Tuvan musical instrument, played by bowing the strings. (It is called “ikili” in Western Mongolia.) The neck and lute-shaped sound box are usually made of a solid piece of pine or larch. The top of the sound box may be covered with skin or a thin wooden plate. The strings, and those of the bow, are traditionally made of hair from a horse’s tail (strung parallel), but may also be made of nylon. Like the morin khuur of Mongolia, the igil typically features a carved horse’s head at the top of the neck above the tuning pegs, and both instruments are known as the horsehead fiddle.

The igil is held nearly upright when played, with the sound box of the instrument in the performer’s lap, or braced against the top of the performer’s boot. Playing technique involves touching the strings with the nails or fingertips, but without pressing them to the neck. The igil has no frets. The bow is held with an underhand grip.

The igil formerly had an entire genre dedicated to it, with a repertoire of songs meant to be performed only on the igil. During the communist period in Tuva, attempts were made to “modernize” the igil. This was nothing more than an attempt to westernize the instrument making it more like the European cello. However, the instruments and playing style used by most Tuvan musicians today are largely the same as the original form of the igil.