A well-known ruler of Western Xiongnu who is recorded in history. His name is noted like Valamir or Balamber. In 370, the western Xiongnu crossed the Volga River, broke up the Alans in the North Caucasus, and entered Eastern Europe. In 371, they defeated the Gots on the north coast of the Black Sea and attacked to the west. In 378, he died after the defeat of the Ostrogoths.

East Han dynasty and a famous Chinese general. He was the younger brother of a famous historian, Ban Gu. He participated in several battles against Xiongnu. Thanks to his command, the East Han managed to control the Tarim basin, Loulan, Hotan, and Kashgar and protected the regions along the Silk Road, after the fight against Xiongnu for 31 years. He was a skillful politician who was able to be supported by the Kushan in order to mount an alliance against the Kangju for the Kashkaria. Afterward, he won the combat caused by a conflict with the Kushan or Yuezhi in 90 CE. He was officially promoted as a governor in the Western region and stationed in Qiuci or Kucha city. In 91 CE, over 50 city-states joined Han Dynasty after conquering Yanqi or Kashgar. In 97 CE, he sent a messenger named Guan Yin to Parthian Empire, but the messenger reached the only Persian Gulf. He retired due to illness in 102 CE. Since then, the Xiongnu dominated the Western region again. 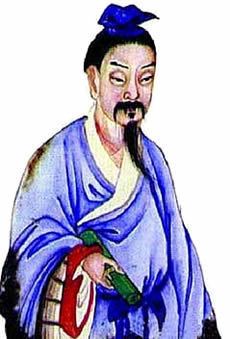 Chinese prominent historian and poet of 1st c, CE, The compiler of the Han Shu- The History of Han dynasty. Ban Gu was a famous historian in the West Han imperial court but did not advance well in the official hierarchy. He served under Don Xian, the General major and War minister, and acted as a counselor on the Xiongnu fighting committee. Although Dou won prestige for two successful campaigns against the Xiongnu, in 92 CE he was suspected by Hedi Emperor of plotting a rebellion and forced to commit suicide. Immediately thereafter, Ban was dismissed from office and arrested by an old rival who was serving as the prefect of Luoyang. Ban died in prison that same year at 61 years old. His major work- Han Shu, especially Chapter 94 contains a large amount of important information on Xiongnu culture and history. Although Ban Gu largely used Sima Qian works to compile the Xiongnu chapter, it contains also fresh materials on the customs, social and political life of Xiongnu. 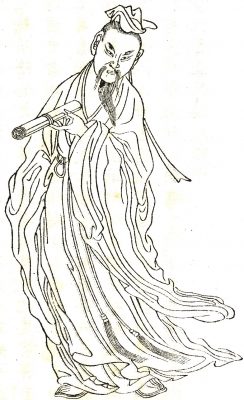 The name of a river is noted in the historical records in connection with Xiongnu. De Groot and G.Sukhbaatar say that the Anhou River is the present-day Orkhon River, while L.A.Borovkova says that was another small river. This name was first noted in history during the period of the Han-Xiongnu war in 90 BCE. The Xiongnu Chanyu moved the subjects to the north of the Qi Jiu River in the north of Zhao Xin Cheng city and came back together with his elite cavaliers to wait for the Han army crossing the Guce River, in the east of the Anhou River. Later, the Northern Xiongnu Chanyu was settled down in the west part of the Anhou River for a while at end of the 80s CE.

Historical records and archeological materials provide plenty of information that Central Asian nomads not only constructed the burial structures for their deceased but also built up particular and separate structures for offering and sacrifices. The Mongol word “Khoilogo” designating the meanings “to, offer, to sacrifice and to let accompany the death” is explained in different ways. Of them, the explanation making the interposing with the word “Yavuulakh” (to let someone go) could be nearer to the truth. According to the research, they made an offering and left the dead accompanied by offering animals since the Bronze Age. Consequently, it is proof that animal husbandry became the main economic activity of the ancient nomads in Mongolia. Also, all the different types and time period graves like Kerekshur, Slab burial, Pazyryk, Xiongnu elite, and ordinary people graves, Turkic, Uighur, and Middle Age tombs, have been followed by the animal offering rituals all the ages through keeping the tradition on one hand but being renewed on the other hand. To some degree, the animal offering custom has been handed down to the present Mongolian burial custom.