Finger games hold an important position among the popular Mongolian traditional games. The diversity of finger games found include “Finding Middle Finger”, “Sümber Mountain”, creating shadow images by finger movements in front of a light, “Dembeedekh” (a finger-guessing game with singing),and “Khuruudakh” (a game of sticking out a finger), and so on. Having no need for special equipment and with the ability to be played anywhere and anytime, these kinds of games are well-suited to the nomadic livelihood.

Players form Sümber Mountain as shown in the picture. Another player points to a finger figures and asks “What is it?”, “Can I come inside?” and so on. Other players answer each question accordingly.
The images are marked as following: Left hand is Z; a Right hand is B; Thumb is 1; Forefinger is 2; the Middle finger is 3; the Annular finger is 4; the Little finger is 5. If it is B1, it goes to pollex finger of the right hand.
The answers are:

B5- Two storks tied up
B1- The golden pillar
B2- The silver pillar
Z1- Palomino yearling in the mud
Z2- The coral pillar
B2- joint-black dog
Z2- joint yellow-striped and yellow-faced dog
B1- nail-chat bird
Palm hollow of one hand – Pasture of a thousand horses
Palm hollow of other hands – Corral of ten thousand sheep
The junction of the B1, B2, and Z2- Stop of Garuda
BÇ, and B4- The King and the Queen
Z3 and Z4- Bed of the King and the Queen
Back space of B2, and Z5- Kennel of yellow dog etc.
For example, when asked “May I come this way?”, the B1 and B2 positions take the answer: “No, a bull will attack” and the space between B1 and Z2 responds: “No, a stallion will savage”, whereas the space between B2 and Z2 answers: “No, a stallion camel will kick”. 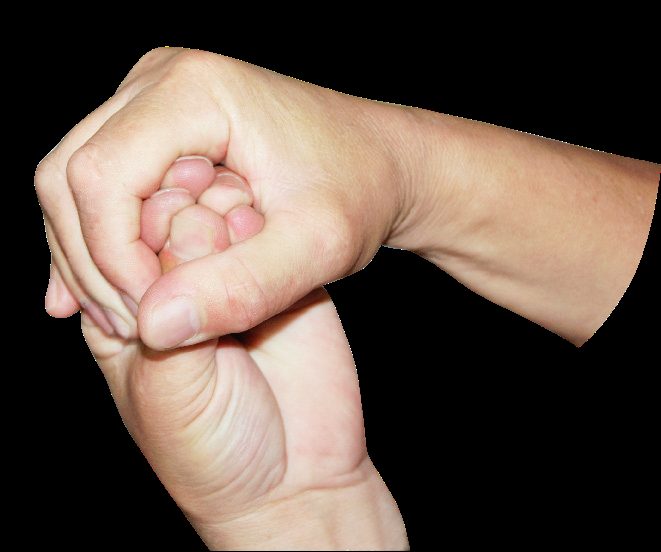 Finger guessing games: dembeedekh & khuruudakh are popularly played during summer and autumn when airag (fermented mare’s milk) is abundant. Two players are involved in dembee and guess
a total number of fingers through rhyme and melody, together with phrases such as “crazy one”, “pair two”, “rowdy five” and “opening with ten” etc. The player who guesses the total mostly five times first,
wins the game. 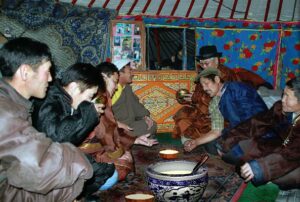 The sticking out of the finger game is one of the most wide-spread traditional games among Mongolians, especially the Central Khalkha. Two players play the game and have to stick out the fingers at the same time. There is a rule that the thumb wins over the forefinger, the fore-finger wins over the middle finger, the middle finger wins over the annular finger, annular finger wins over the little finger, and finally, the little finger wins over the thumb finger respectively. Both for dembeedekh and khuruudakh, it is considered as cheating when one of the players is late to show the fingers.
The player who wins 3 times is considered the finalist in this game. There is a case to play with “crazy one” time, as well. Usually, two players play. If there are a number of people, they can be divided into two groups in the right and left sides of Mongolian ger and each group of people assigns a leader who is called Lovon. Usually, an elder person is chosen to become Lovon. The Lovon appoint an assistant (ayagach and sönch) to serve beverages. The Lovon discusses and decides how many matches will happen and how many cups of airag the loser group should have to consume. They also watch out
for cheating, cursing, and so on. Also, they find the people who break the rules of the game. The group whose members lose the game is the loser and they must all drink airag as a fine. Dümbee is a case
where one person wins over all members of the counter group without any skip, whereas Salkhidakh is a version of the game, where no group is formed, and each person challenges all players separately.