Mongulai
Jun 21, 2019 History of the Mongols, The Last Days of The Qing Dynasty 0 Comment

The disgraceful defeat and the enormous loss of territory suffered in the Sino-Japanese war aroused the determination of new thinkers. Underground societies sprang up everywhere, the most prominent of which was the China Self-Development society, founded in Beijing in 1895, which proclaimed:

“Today, we are faced with enormous danger as we are under attack from Russia in the north, England in the west, France in the south and Japan in the east… At this time, when the seas are aflame day and night, and when the guns roar continuously, there is no guarantee that a tragic fate does not await us when we could disappear as a nation.”

The reform project, embracing education, administrative and political systems, ass well as the economic structure, captured the attention of the Emperor Guangxu. While submitting the sixth petition to the Emperor in June 1898, Kang Youwei also gave him two of his books, Meiji Reform in Japan and Peter the Great’s Reform in Russia. The Emperor approved the plan, and by his decree, China embarked on the road to reform.

However, anti-reformers rallied around the de facto ruler of China, the Empress Dowager Zixi. A power struggle ensued between Guangxu and Zixi. The queen put Guangxu under house arrest and, by the end of September, she had forcefully stopped the reform which could have propelled China into the modern world. Guangxu’s attempt came to be better known as the Hundred Day Reform. 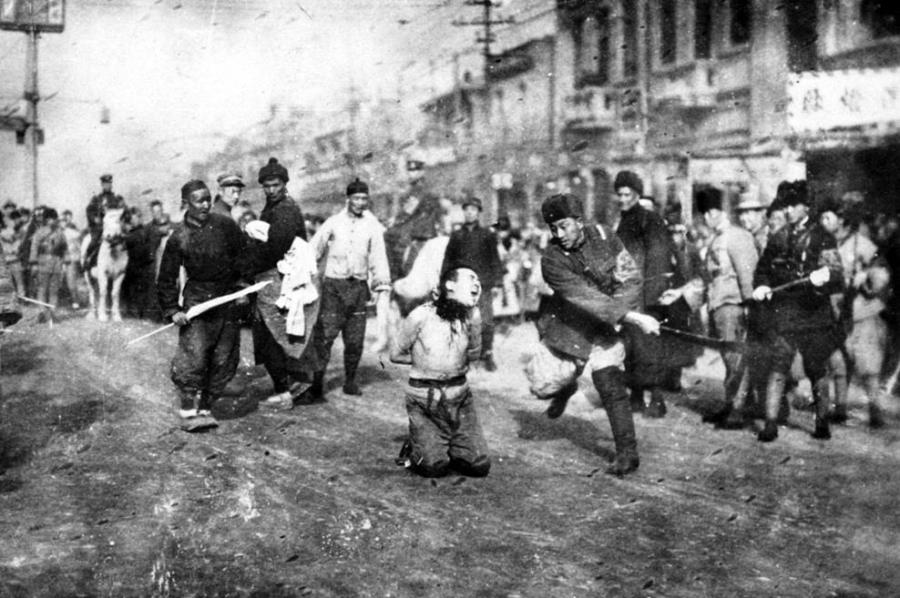 The empress, who had just three years earlier stubbornly opposed reform, now undertook the reform effort herself, In 1901 a host of reforms, collectively referred to as the New Administration, were introduced and an organization called Du Ban Cheng Yu Chu was set up to carry out its program. In planned extensive reform in schools, the police force, and the court system. It called for the construction of roads and railways, giving names to streets and numbering buildings, and dissolving the old custom of building the feet of young girls. By the decree of the Empress, the old Manchu Zongli Yamen was reorganized and became the Foreign Ministry of China. A Western-Style curriculum was introduced in schools. This “Westernization” movement continued for several years, embracing many spheres such as military training, military uniforms, ministry, and departmental structure, methods of mineral wealth exploitation, the introduction of postal stamps and a tax system.

Meanwhile, in Mongolia, Zixi’s reforms and the introduction of “westernized” laws throughout the territory of the Qing Dynasty had rendered ineffective the vassal agreement signed by Mongolia and the Qing Dynasty in 1691. This also marked the end of the special relationship between Beijing and Mongolia, and laws effective in all the parts of China also became effective in Mongolia.

From a Vassal Nation to Administrative Unit

This also marked the end of the special relationship of Beijing with Mongolia, and laws effective in all parts of China also became effective in Mongolia.

In order to carry out reform in Mongolia, the state administration was changed. The Li Fanyuan was the Ministry in Beijing overseeing matters related to non-Han nationalities-Mongol, Tibetan and Uighur. Mongols called this ministry the Ih Jurgan. In 1906 it was renamed the Li Fanbu and two departments and the editing bureau, to which were entrusted the task of implementing the new programs among the people of Mongolia, Tibet, and Xinjiang. One of the components of the new Administration was merging Tibet and Inner and Outer Mongolia into a single administrative unit-the three lands with which the Qing Dynasty, from the very beginning, had a special vassal-type relationship. According to the 1906 plan, Tibet, Haluun Gol and Tsahar in Inner Mongolia, and Uliastai, Hovd and Altai in Outer Mongolia were made into provinces and provincial administrators were appointed. These administrators were given the duty of commanding units of frontier troops and the infantry. A Police Ministry was established in Beijing in 1905, and branch offices were opened in the local regions, including a forty-man police regiment in Huree.

Within the framework of transforming China into a constitutional monarchy, general parliamentary elections were held throughout the country in 1909. Only 0.003% of all eligible voters turned up for the elections, indicating the level of popular support for parliamentary government. In the fall of 1910, the elected representatives met in Beijing to discuss ways of setting up the parliament and when to ratify a constitution. They set the first parliamentary session for 1913. About a dozen people from Inner and Outer Mongolia, including Huree minister Puntsagtseren from Outer Mongolia and Prince Dorjpalam from Tsetsen Khan aimag, attended the provincial representatives meeting.

Chin Van Handdorj was appointed to attend the meeting, scheduled for the next year. Handdorj, however, was a leader in the Mongolian independence movement, and by the end of the next year not only had the Qing Dynasty crumbled, but Mongolia itself had proclaimed its independence form China.