Mongulai
Apr 23, 2020 History of the Mongols, The Great Purge 0 Comment

Genden realized that with the New Reform Policy, his country was heading in a new direction, while Stalin realized that Genden couldn’t become the “Mongol Stalin”. The two met on November 15, 1934.

Judging by the tone of the discussions, Genden didn’t seem to realize Stalin wanted all the lamas, who numbered almost one hundred thousand, massacred. But perceiving that the lamas were once more going to face sorrowful repression, as they had done during the leftists’ rule, Genden defended them, saying that the Mongolian monks were more influential in the public than the Party and the State and that it was necessary to treat them in a special way. But to this Stalin replied, “in your country, two powers exist side by side: Genden’s which is weak, and the lamas’, which is strong” and he advised how to blockade and strangle them. He also advised Genden to enlarge the Internal Affairs Committee into a full Ministry, but Genden politely refused. Furthermore, Stalin criticized Genden’s call for Mongols to get rich: he corrected his wrong understanding and gave him some “advice”.

Something embarrassing happened when Genden met again with the Soviet “father” in early 1935, accompanied by Demid and Namsrai. With Voroshilov and Molotov seated on either side of him, Stalin and his guards reproached Genden. Stalin said “The lamas who still exist in your country have become the enemies of your independence and are ready to help the Japanese militarists. But they are growing in number and strength and are devouring you, because your government does not fight them, and even encourages them. There is no point in building up your military force if you are kind of the lamas. They are able to disband the army and the rear guard, and therefore, along with strengthening the army, you must fight the counter-revolutionary lamas inside your country”.

Molotov interrupted to reprimand Genden for always getting drunk and criticizing the Soviet Union Union, and for shirking work by going on vacation. Voroshilov added, “If you don’t fight the Japanese outside and the lamas inside, there is no helping you”. Then he growled, “if you, gender, think that the warm, fraternal relationship[ with the Soviet Union is Mongolia’s loss and the Soviet Union’s gain, you can sever your relations with the Soviet Union and go join Japan. We won’t interfere in your Internal Affairs nor force you to have relations with us”. In the end, Stalin branded Genden as a “rightist” and told him, rightists were more dangerous than leftists.

After these contentious meetings in Moscow, Genden and Demid returned to Ulaanbaatar in a dark mood. Upon their return, the Forty-third Secret Meeting of the Presidium of the MPRP’s Central Committee, the country’s top political leadership, convened on January 20, 1936, to discuss Stalin’s threats.

Stalin had made up his mind that there was no need to deal with the Mongolian leaders’ sand initiated his plans. First of all, as soon as Genden and Demid came back, humiliated and rejected, from Moscow, the Internal Affairs Committee was expanded to the Ministry of Internal Affairs with Choibalsan at its head, as Stalin had demanded from Genden two years earlier. A few days later, Genden was stripped of power. According to the reports of Luvsansharav, Secretary of the MPRP Central Committee, who criticized Genden regularly, at the MPRP’s second Congress in 1936, “Genden got drunk at a reception in Leningrad. That happened again in Moscow when he got into a fight with Stalin and Molotov, snatched Stalin’s pipe, and then crashed into broke tables and chairs. He even suggested that an alliance with Japan was possible”.

At the turn of 1936, Genden a visit to Moscow with no trace of remorse, in a nonchalant and casual manner. He approached the USSR leadership for five items of assistance. Stalin immediately dismissed the issues of human health, veterinary services, cultural and educational assistance, and demanded a discussion of defense issues. He denounced Genden for failing to implement his advice of the year before and listed twenty mistakes committed by and insulted, engaged in squabbles and altercations with the Soviet leadership, and may have been one of the few persons who ha ever dared to stand up to Stalin’s despotic character. According to the testimony of some witnesses, Genden broke the precious pipe Stalin always carried with him.

Any person with such audacity had no chance of survival. Genden was removed from the position of Prime Minister. A few days later he was forced to give up his position of Foreign Minister as well to become an ordinary working citizen.

A month later, he was arbitrarily sent to the USSR for medical treatment. He and his family spent a whole year in Foros, a Black Sea resort, on vacation. (Many decades later, the USSR’s last leader was also sent to Foros for forced medical treatment”). In the summer of 1937, Genden was suddenly arrested. He admitted to having been a Japanese spy and a counter-revolutionary. Genden was executed in Moscow on November 26, 1937. 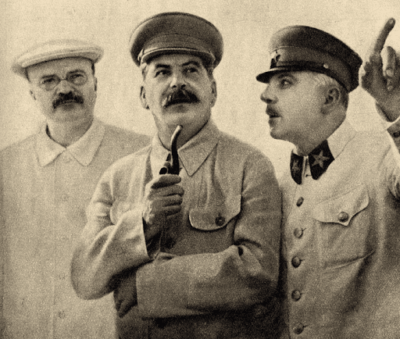 Although Manchukuo was a Japanese puppet state, it had two important goals: to define its borders and to have its independence recognized by other countries. To Manchukuo, the border issue of recognition by Ulaanbaatar and the establishment of an embassy there as well as in the five countries nearest to Manchukuo. A mutual recognition of Manchukuo and Mongolia would be Japan’s first step toward the recognition of Mongolia.

The Russians would not allow anyone, especially not Manchukuo or Japan, to knock at Mongolia’s gates. Stalin perceived Japan’s designs to support Pan Mongolia as a great danger. Also, the far east was the Soviet’s weakest spot.

Not only did the Japanese establish a puppet state, but they also invaded Inner Mongolia and created another country of Mongolia under the name of Mengjiang. If they invaded Outer Mongolia, Russia would border Japan from Kamchatka to mid-Siberia. During this time the land stretching from Outer Mongolia to Xinjiang was under the control of Japan. Japan’s position was fatal to Stalin. After the establishment of Manchukuo, Stalin, who had never noticed Outer Mongolia, started paying great attention to it.