Mongulai
May 3, 2019 History of the Mongols, Mongolia Under the Manchu Administration 1 Comment

Now that the Manchu were in control, they began carrying out administrative, military and economic reforms in Mongolia. A Beijing based government agency called Ih Jurgan or Mongol Jurgan assumed responsibility for the newly annexed territory. It was composed of six divisions for official investigation and rehabilitation, “penalty and vindication” and others. Through its offices in the capital city Huree, and in Uliastai and Hovd, as well as at the sites of the Manchu governors, this department ran the affairs of Mongolia, appointed the leaders of provincial assemblies, military commanders and treasures (erdene shanzav), and awarded titles and ranks. It published a multi-volume collection entitled Legislative Acts of the Department for the Administrative Affairs of Outer Mongolia.

The Military Command Office et up in Uliastai in 1733 was the largest military administration of Outer Mongolia. Handling military affairs at the national level, it had broader powers than the governors of Hovd and Huree. The Governor-General was also the Uliastai military commander. While the first Governor-General was Mongol married to a Manchu, this important post later came to be occupied only by pure-blooded Manchus. The Huree Governor’s Office, founded in 1758, took care of affairs in eastern Mongolia and was headed either by trusted Mongols or by a Manchu. The Office of the Governor of Hovd was a Chinese government unit responsible for all of western Mongolia. Huree and Hiagt, the places attracting the largest number of merchants, had resident representatives for trade.

The Manchu increased the number of Outer Mongolia’s largest territorial divisions, aimags, from three to four by carving out lands for a warrior named Dashdondov, who had “courageously” fought against the Dzungar Khanate. Beijing carved out two more aimags for the Dorvod and created separate hoshuu, or “banners” for the Mynagat, Zanchin, Urianhai, and other small clans, which were directly subordinate to the governor in Hovd.

The old tradition, under which the Khan was the sole ruler of his aimag assemblies were established, whose chairmen were appointed by Beijing. This new system took effect in Halh aimgs in 1728, and in two Dorvod aimags in 1754. The aimag assemblies were supported by small secretariats called Jasaa.

During the reign of Gersenzed, Halh had seven hoshuu and only eight by 1691. Kangxi increased their number dramatically to thirty-four. Tusheet Khan aimag had twenty hoshuu, Setsen Khan aimag twenty-three, Zasagt Khan aimag nineteen, and Sain Noyon Khan aimag twenty-four, totaling eighty-four hoshuu in Halh. The two Dorvod aimags maintained sixteen hoshuu, Altai Urianhai had seven, Tanga Urianhai had four, Torguud two, and Mynagat, Uld, Zaichin, and Hovsgol Urianhai each had one. In all, Outer Mongolia was divided into 125 hoshuu. In addition to these, in eastern Mongolia was a territory where the so-called iron herd of the imperial court. Called Darigangyn Tavan Gar, this unit was administratively subordinate to Kalgan.

All hoshuu also had small secretaries. After hoshuu came sum, a unit reflecting military divisions. One sum numbered 150 men aged from sixteen to sixty, and the number of sums in a hoshuu could range from one to ten, depending on the size of the population. The total number of sums in Outer Mongolia stood at about 2,500. As for the hierarchy, while men in sums were subordinate to the Qing emperor and at this service, the local noblemen also had serfs. The imperial law specified the number of bondsmen that a noble could have according to his rank. Thus, chin van was entitled to have sixty bondsmen, jung van forty, beil forty, Beil thirty-five and gun up to thirty. 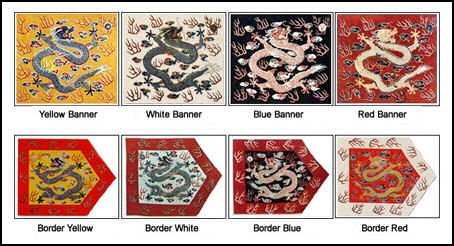 Apart from this, another strange unit existed which could be found, perharps, only in such devoulty religious places like Mongolia. This unit was called the Shav’. The Whole story began when Gombodorj Khan made a gift of several of his men to his son when the latter was idenfied as the First Bogdjavzandamba. Gifts of this kind continued to arrive, and by 1873, the Bogd Javzandamba, the head Head of the Mongolian religion, had under him 9,916 households, totaling 83,893 people. They numbered in total half a million, of which 36,000 were the property of the supreme lama. The shav’ were exempt from most taxes and duties, and the few which they paid directly to the Bogd Javzandamba were lower than the average. Therefore everyone wanted to become a shav’. The largest group of shav’ was the Darhad who not have territories of their own, there were constant conflicts with hoshuu over pastures.

Administratively, however, the shav’ groups were defined as otog, a territorial division. The elder of an otog and his secretariat were subordinate to the treasure (Erdene Shanzavyn Yam) of the Bogd Javzandamba. Although the treasury, which was founded in 1723 by the decree of the Qing Emperor, had to consult Beijing on matters of importance, it enjoyed a certain degree of independence in its day-to-day work?  In 1905, the Bogd Javzandamba, had seventeen large and ninety smaller otogs, plus thirty special smaller administrative divisions called bag, all of them scattered throughout Mongolia. The largest of them had populations greater than those of hoshuu, while the smallest were made up of twenty to thirty households.

The Javzandamba Hutagt was not the only one who had shav’. The first ever Javzandamba Hutagt of Mongolia was the reincarnation of the Indian deity Taranatha. But Taranatha, or Javzun Damat, was not the only ancient Indian deity who could hope to be reincarnated in Mongolia. When the Buddhist religion was making forceful headway into the country, princes yearning to consolidate their standing somehow managed to “identify” the reincarnations, called hutagts. By 1796 there were 114 reincarnations of hutagts, who, in Mongolia at least, had the habit of being reborn into one and the same family.

Adopting a responsible attitude, Beijing put an end to this situation in 1793 by making it illegal, pointing out that Hutags could be reborn anywhere they wished, and specified special procedures for identifying them. A hutagt who owned large areas of land and big numbers of shav was called tamgatai hutagt, that is “hutagt with a seal”.  Halh had twelve such self-governing hutagts. In order to disenguish the Javzandamba Hutagt from these Hutagt, his his possessions were called Ih Shav’. The Shav’ of all the aforementioned hutagts were exempt from service in the army and guard units, as well as from the otherwise mandatory duty to cintribute to the maintenance of the horse-relay postal service. The tamgagui hutagt (hutagts without a seal) with fewer shav’ and therefore subordinate to the local administration, numbered around fifty.

The Population of Mongolia