Mongulai
Mar 23, 2020 History of the Mongols, Movement Towards Independence 0 Comment

The next, and perhaps much more important, items on the agenda of the Consular Hill Group and the East Huree’s Group meeting were the question of seeking assistance from Russia to achieve independence and selecting Party representatives to go to Soviet Russia. Present at the meeting was Sorokovikov, the man who would help secure such assistance. Although purportedly Party representatives were selected by lot, it was clear they were in fact elected. They included the leaders of the two groups Danzan and Bodoo, and also Chagdarjav, Choibalsan and the lama Losol from the Consular Hill Group, and Sukhbaatar and Dogsom from the East Huree Group. Apart from the East Huree Group. Apart from these seven men, a total nineteen full members of the Party remained behind in Huree, including Kucherenko, Gemberzhevskii, and Maslakov.

It was a matter of honor for the East Huree patriots to ask for foreign assistance on behalf of, and with a letter bearing the seal of, the Bogd Khan. But for Bodoo and his group, who were under the influence of the Bolsheviks, seeking assistance on their own behalf was considered appropriate since they were to take the reins of power into their own hands in the future. The issue, of course, was more complex; it was a power struggle between the two leaders. After a prolonged argument, the seal of the MPP was made and it was decided that there wi=ould be another letter with the seal of the Bogd Khan, which was later obtained by Jarnyan Gung. By then, the Bogd Khan had already put his seal on the letters of other groups asking for help from the United States, Japan, and Kolchak. The delegation split in two and both groups made separate requests for help. The first once included Danzan and Choibalsan, who arrived in Kyakhta n the early part of July and contacted Makstenek, representative of the Soviet Ministry of Foreign Affairs for Mongolia. These two also met with Shumyatskii, the Acting Prime Minister of the newly formed Far Republic. The head of the Mongolian-Tibetan Department Borisov, together with his translator Tseden-Ish, arrived in Huree to administer the future revolution; on their way, they had crossed paths with Danzan and Choibalsan. According to Yudin, members of the MPP studied the rules and program of the Bolshevik Party in Mongolian in July, which suggests that they were translated by the Mongolian-Tibetan Department and brought to Huree by Borisov. As part of his mission, Borisov gave lessons on the Comintern, world revolution, and the Bolshevik Party, which was the beginning of the “brainwashing” that was carried out in Mongolia for many years. Bodoo and Chagdarjav left after Danzan and Choibalsan and as soon as they crossed the border they handed over to Makstenek a letter entitled, “A request of the Outer Mongolian People’s Revolutionary Party and the People”. The letter was stamped with the seal of the Party, the only seal that Bodoo carried with I’m. Sukhbaatar, Dogsom, and Losol joined the two East Huree delegates, Danzan and Choibalsan and eventually, the Consular Hill pair joined them as well. All seven Mongols met in Verkhneudinsk and called on Shumyatskii, who carefully explained to them that the Far Eastern Republic was merely a buffer state and could not possibly decide on their request. He sent these seven men, together with a couple of other Buriads including Rinchino, to Irkutsk on a special train guarded by soldiers. Immediately after their arrival in Irkutsk, they were summoned to the office of Gapon, chief of the newly-formed Far East Section of Siberia Bureau of the Russian Communist Party. 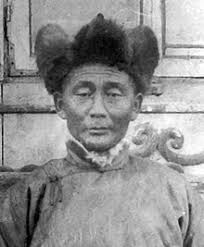 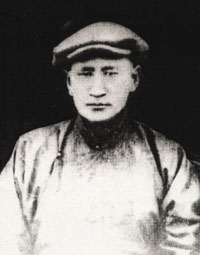 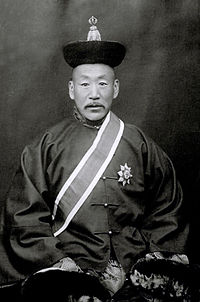 The Mongols explained to Gapon that the Chinese oppression was growing intolerable and requested help. Gapon expressed his personal opinion that the Soviet government would assist them and suggested that the letter asking for help should be on behalf of their Party. He asked if the Mongol nobles agreed with the aims of the People’s Party to restore independence. He also wanted to know if the request for military help against Chinese oppression meant the stabioning of troops in Mongolia. The Mongol envoys, like Handdorj and Namnansuren in the past, said they needed military instructors, arms and weapons but no troops. The Mongols, who always considered themselves superior in warfare to the Chinese, believed that they would be able to drive out the Chinese troops themselves if they had the necessary arms and weapons. They asked for ten thousand rifles, twenty and three hundred machine-guns.

The Mongol’s request was too important to be decided by the Russians in Irkutsk. So the Mongols were sent to Omsk, the Center of Siberia. The Mongols promptly met to divide the tasks amongst themselves. Danzan, Losol and Chagdarjav were to go to Omsk to negotiate “either making Mongolia a sovereign independent state or obtaining autonomy”. Sukhbaatar and Choibalsan were to remain in Irkutsk to serve as a communication link between the delegates to Omsk and Bodoo and Dogsom, who had returned to Huree. The two groups were divided equally.

The delegates going to Omsk were to ask four things of the Soviet government: 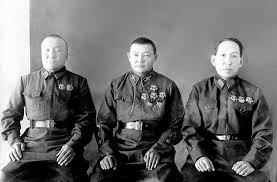 By the end of 1920, the Mongol revolutionaries gathered in the Mongolian-Russian border village of Kyakhta. Across the northern border were the Soviets. Mongolian-Tibet department specialists and instructors, who were mainly Buriads. People’s Party delegates from Huree, Buriads who lived in Huree but came to Kyakhta driven by their desire to establish Narmai Mongolia: these were the people who were devising the Mongolian revolutionary plans in the village of Kyakhts.

From the Mongolian side (if it can be called thus), two Buriads were major prayers. The first was Tseden-Ish. He named himself Gachitsky after his place of birth, Gachit. A well-educated and intelligent man, he was a member of a patriotic Buriad society and a firm believer in Narmai Mongolia. By the mid-1920s, Tseden-Ish believed the promises of the Bolsheviks who had visited Huree and persuaded the Mongols.

The second Buriad was TSeveen Jamsrano. Even though he was a professor educated in Irkutsk and the University of Petersburg, due to his firm belief in Narmai Mongolia, he despised all things, Russian. While teaching the Mongolian language at the University of St.Petersburg he participated in several riots and Conference, he had accomplished a great deal in educating the Mongols. Amongst the many Buriads who came to Mongolia to escape the revolutions and riots, Jamsrano’s intellect clearly stood out.

The Kyakhta Bolsheviks had already made plans to establish a refugee government, to seek assistance through that government, to attack Mongolia with the help of the Red Army, to overthrow the Bogd using Nicholas II as an example and establish a Concil government. It is said that Jamsrano persuaded them to call off their plans. There were other people who also knew that it would be unwise to take such drastic actions in an uncivilized and deeply religious country like Mongolia.