There is a template of engraving that is called tsoi in Mongolia. The whole engraving is used for making a variety of items, such as the horse curry comb, a chest, a newspaper table, a tiger-legged table, a bed, and a cast of traditional cookie, as well as an arrow, pieces of a chess game, toys, and religious items and idols. They are sometimes carved in relief. A number of wood engraving artisans have left their fame in the history of Mongolian craftsmanship. For instance, the artisan Zagd (1810-1950), who is famous for engraving minute items, created a Buddhist deity Yamandag out of a single piece of coral. He presented this creation to the VIII Bogd Javzandamba. A famous artisan Süren from Zavkhan aimag created a lion on a single grain of rice. He also engraved a Buddhist deity with six hands on amber, which is as small as a human nail. Animals such as a lion, tiger, dragon, and elephant, all of which symbolize strength and power, are sometimes engraved on the wooden doors of gers, while religious symbols and ornaments are engraved on the doors of temples and monasteries. On the top of poles in gersand temples, a pair of intertwined dragons is commonly carved.

Various household items and furniture are made out of wood, as this material is light, healthy, and environmentally sound. Hard and bushy trees and plants, such as solidago and silver fir, are mostly used for making kitchen utensils. One of the unique features of the nomadic wooden furniture is that the artisans keep the natural shapes and characteristics of the wood while working it to make the furniture and tools. For example, they use trees with many branches to make forks, trees with natural grooves to make spoons. They use long branches to make baskets, tree roots to make cups and other kitchen tools, and the wood of strong trees to make walking-sticks. 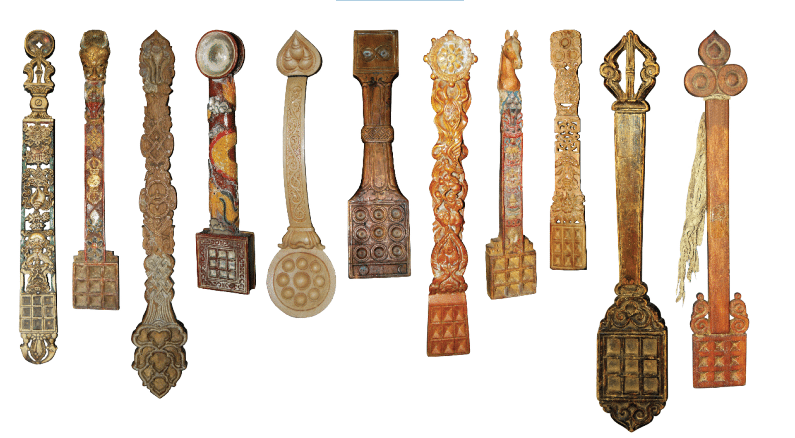 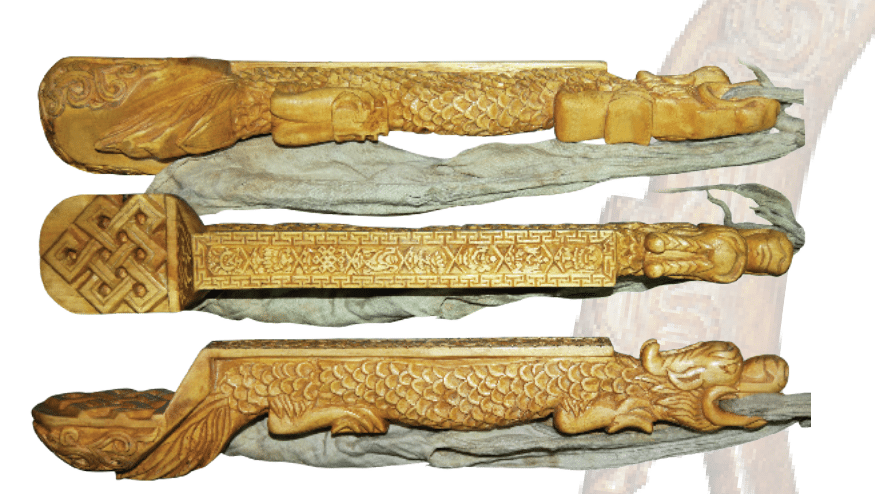 Adornment with fillet, a mixture of natural particles that are prepared as a cream, is a way of decorating various objects. Adornment with fillet is a very convenient craft for the nomadic lifestyle of the Mongols, who have passed on this tradition from generation to generation.There are two types of adornment with fillet. The first is a mixture of porcelain powder, chalk, and liquid glue, which is put in a sheep shin-skin bag within a bamboo tube and used to decorate objects. The other type is prepared by mixing liquid glue and black and/or yellow mud to create a fine texture. This kind of zümber is used not only for decoration, but also for making small boxes, and large-sized items. 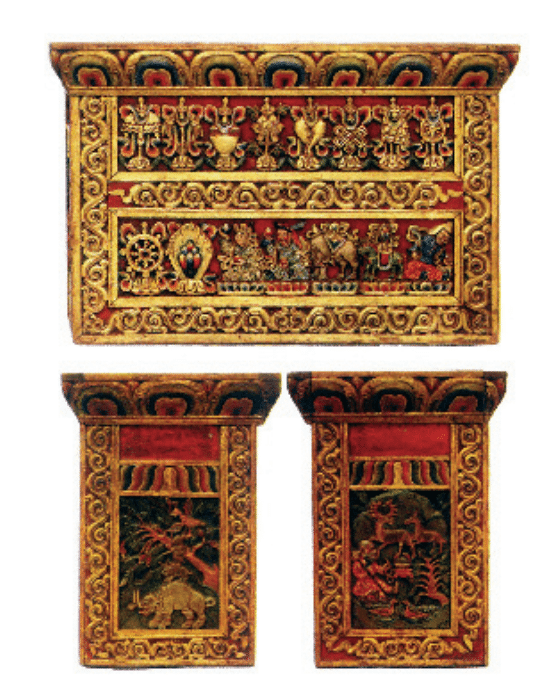 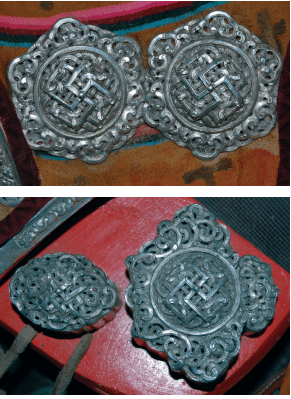 Saddle making includes the preparation of the saddle and the silver equipment and accessories that accompany it. Saddle making is an ancient tradition in Mongolia, as the petroglyph artefacts clearly show. A saddle consists of a wooden body, a cushion, baavar (silver decoration), devs (saddle flap), gölöm (sweat-flap), tokhom (sweat-cloth), olom (girth), jirem (braided strap), ganzaga (saddle strings), and iron stirrup.
The base of the saddle is made of high-quality hard timber, but its style and shape differ according to the different breeds of horses. There are many saddle styles and designs, including Sambuu, Borjigin Sambuu, Khankhökhii, Dariganga, Dalaichoinkhor, Batnorov, and Noyon-Sevrei, to name but a few. Saddle bows are decorated with bone, silver, and metal decorations. Baavar was originally a practical item to hold the saddle strings and girth. It later became a decorative item that challenged the talents of artisans. Besides the baavar, there is another fine decoration called ganzagany süvegch or saddle strings eyelet. Double-engraved silver saddles of the Dariganga and Batnorov styles show off the saddle transmission from being a practical item to being a work of art, with the integration of all accessories. These elements unite deeply symbolic and aesthetic meanings. 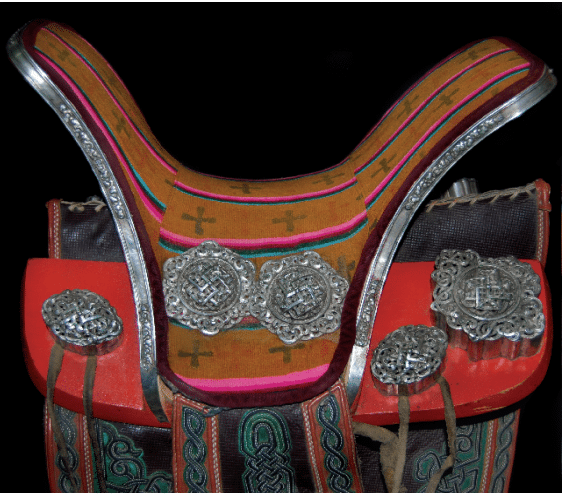