Hulegu Khan – Conqueror of The Muslims

At the turn 1256, Hulagu Khan, who had been commissioned in Karakorum to bring law and order to the west, crossed the Amu Darya with his tens of thousands of soldiers and entered Iran to be met by the false smiles of the rival Seljuk Sultan and many other kings and princes, who barely managed to hide their fear. 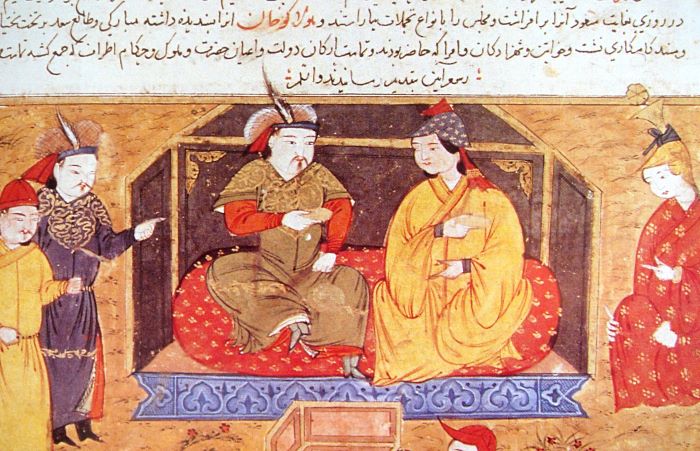 Hulagu Khan ruled there for a while and then decided to head towards Baghdad, the capital of Islam, thereby traumatizing the Muslim world. He accused Baghdad’s caliph Al-musta’sim of not providing soldiers in the campaign against the Assasins and ordered him to throw open the city gates.

Al-musta’sim made the same mistake as Muhammad of the Khwarazmian Empire. He answered differently, “Young man, you who have barely entered upon your career, wouldn’t be better for you if you returned to Khurasan without a further word?”. Hulagu’s retaliation was ferocious, and the great wealth of five centuries of Islamic cultural heritage was turned to cinders. The cringing caliph had emptied his depositories of the treasures accumulated in the course of half a millennium and made a gift of seven hundred princesses, but this did not save him from being rolled in a carpet and trampled upon by horses. Mongols never again captured a city as rich as Baghdad, not did Baghdad fully recover from their onslaught. Hulagu Khan sent half of the treasures to the Karakorum and, having cleansed the city of corpses so that its river flowed with bright red water, he passed the surviving temples over to the Christians. The Christians revered the Khan, whose name resounded in Italy and France, and likened him and his wife to the Saints Constantine and Helen.

Guided by an interest in having Hulagu Khan altogether destroy the Muslims, who had never before been so vulnerable, together with their holy cities of Mecca and Medina, the American and Georgian Christians eagerly took part in this “crusade” thereby swelling the size of Hulagu Khan’s army to four hundred thousand. 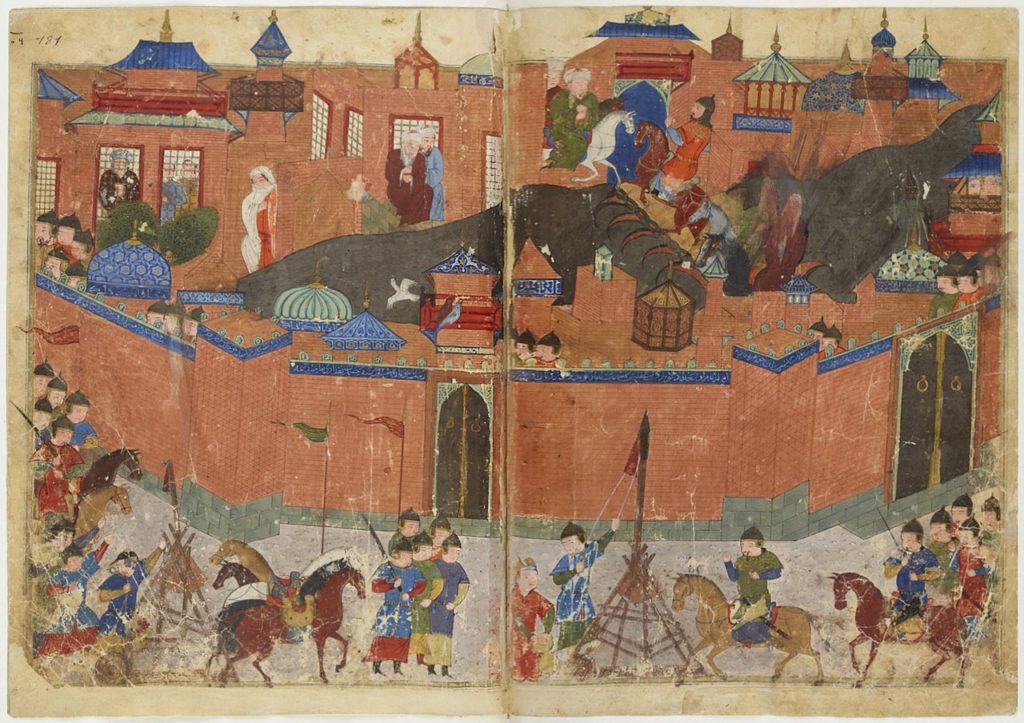 Muslims Saved by the Gods

The action started in Azerbaijan. The city of Maiyafaraqin faced its day of judgment for crucifying a Christian priest on a Mongol mission, and Emir al-Kamil Muhammad was tortured to death, with pieces of his flesh torn off and crammed into his mouth. Hulagu Khan sent an ultimatum to the Mamelukes of Egypt. In it, he pointed out that of all the nations to be subjugated only the mamelukes remained, and he asked whether they would prefer so surrender or to be exterminated. At this point, terrible news came from the east, which brought torture to an end. Mongke and Arig Boh were already fighting over the throne. Hulagu Khan stopped his destruction.

Thus history repeated itself. In 1241, when Ogodei Khan had died in the Karakorum, Christendom was saved from the sharp sabers of the Mongols, and in 1259, when Mongke Khan died in that same city, the Muslim world was spared from genocide.