Meanwhile, in Northeast Asia, Japan’s interest in the Mongolian issue grew significantly. the Japanese warlords had realized that the creation of one large united Mongolia would help exert pressure on China and create favorable grounds for the Japanese occupation of the Russian Far East. The Japanese had at their disposal the half-Mongolian ataman Semenov. Together they called a congress to create Pan-Mongolia. They held a preliminary meeting in the village of Dauria near China and the congress met in China from February 25 to March 6, 1919. It was attended by fifteen or sixteen representatives from Barga, Inner Mongolia, and Buriatia, but notably, without a single representative from Outer Mongolia. The ataman himself led the congress, and a Japanese colonel named Suzuki also attended. The congress called for the formation of a Pan-Mongolian state-organized on a federal basis. including Inner Mongolia, Outer Mongolia, Barga, and Buriatia. Niis Gegeen from Inner Mongolia was elected Prima Minister. The Inner Mongolian Naidan Van became the War Minister, Tsend Gun of Barga became Minister for Internal Affairs, Tseveenjamsrano of Buriatia became Foreign Minister was reserved for an Outer Mongolian representative. Ataman Semenov himself accepted the rather humble responsibility of Senior Adviser to the provisional Mongolian government. A constituent assembly was to decide later whether a constitutional monarchy or a republic would be adopted. Hailar was selected as the capital of the new state, although the seat of government was provisional to be established in Dauria.

Mongols with the same origins have decided to form an independent country and established a government with six ministers. It has been decided that Niis Gegeen from Inner Mongolia will attend the Peace Conference in Paris to represent united Mongolia and declare its independence.

Disfavor of the Reds and the Whites

Pan-Mongolia was created by a few men around the negotiating table and approved on paper only. It never materialized, therefore, nor had it any chance of survival. Japan alone supported its formation. Without losing any time Moscow sent a statement to both Outer Mongolia and China, expressing support for Mongolia’s independence. This statement, called the Karakhan Declaration, stated Moscow’s readiness to cancel the 1915 Kyakhta Treaty.

he Kolchgovernment the remnants of the old Russian state- was extremely annoyed by the plans for Pan-Mongolia. The Kolchak government, contending that the Chita meeting was a violation of the 1915 Kyakhta Treaty, filed complaints with the governments of France and Britain on March 7, 1919. Naturally, China openly attacked the Chita decision.

Outer Mongolia had not participated in the formation of Pan-Mongolia, and it took up an actively hostile position under pressure from Russian and Chinese representatives in Huree. 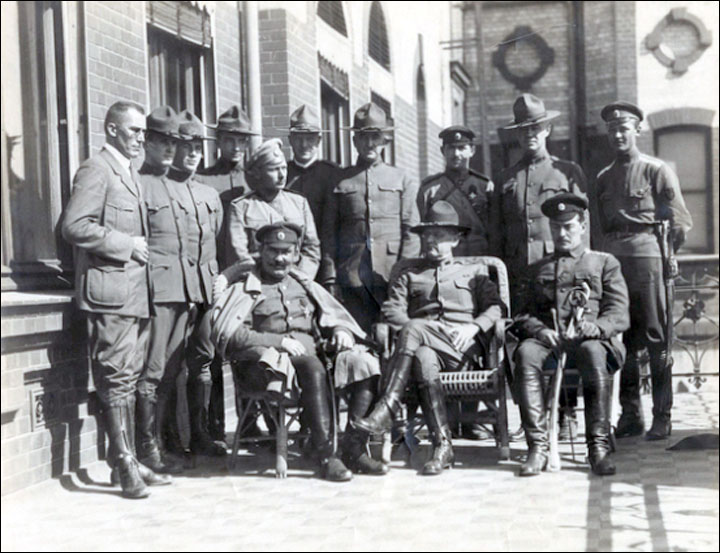 Even Huree Was Not Pleased…

The Huree nobles, too, had grievances of their own, because the Dauria meeting had been held without the participation of Outer Mongolia, widely considered the Mongols’ political, religious and intellectual center. What was more, proclaiming Hailar the capital was an insult because it gave Outer Mongolia a position of secondary importance? On the other hand, the widespread rumor that Semenov was planning a major military offensive against Outer Mongolia put them on guard.