In his famous work Libertarianism: A Primer, the free market economist David Boaz stated that it was the Mongols who initiated, supported and developed free trade. They brought peace, even for a moment, to the lands they burnt to the ground and soaked in rivers of blood, and after the peace came free trade. From that point on, mankind understood that free trade was not the source of all evil, but the key to development and prosperity. the famous Arabian stories of a thousand and one nights not only encourage trade but praise traders and merchants. That it was written after the Mongol empire proves the shift in the perception of trade. Five centuries after the Mongol Empire, the brilliant Scottish economist Adam Smith wrote The Wealth of Nations and made his discovery that free trade is the source of development for mankind.

The Mongols, who brought an immense land under unified governance, something which had never occurred in the history of the world, understood the importance of prompt transmission of information. To serve this purpose, they initiated the horse relay postal system. Ogodei Khan considered the creation of the system to be one of his father’s four most important acts. While nominating Genghis Khan as Man of the Millenium in 1996, the Washington Post noted that the prompt transmission of information was the root of the internet. This was one of the reasons for Genghis Khan’s victories. The world at the time was unaware of neighter the importance of not the technology flow, and the modern world was transformed through this information technology.

Ogodei Khan had mentioned the establishment of a state fund to support the poor as one of his charitable, good deeds. By setting up this fund, he built a national system to support the poor with livestock. Five hundred years later, the Prussians-or, more specifically, Bismarck- created a state fund to aid the poor. Today there is not a single country which does not have such funds. The social security fund offers many benefits, such as equalizing the social wealth distribution, creating opportunities for certain groups within society and supporting the poor without leaving them behind.

While in The Karakorum, William or Rubruck saw Muslims, Buddhist, Christians and Taoist sitting together to discuss the meaning of life and the origins of the world. These religious and philosophical discussions were first initiated by Mongke Khan. Previously, religious of all civilized worlds had neither accepted nor tolerated one another. However, the Central Asian nomads did not think it strange for different religions to coexist and they believed this was how it should be. Five hundred years later, this idea was made part of the US constitution. A profound philosophy lies within this idea of supporting religious freedom and of not granting special privileges to any specific religion.

Before the invention of firearms, the Central Asian nomads invented the best military organization and management. The nomads’ system of dividing the troops into units often not only creates an ironclad discipline but also a very effective formation in terms of responsibility. One commanding officer was responsible for each other. Ten units often would form a unit of one hundred, ten one hundred units formed a unit of one thousand, and so forth. In the end, the commander of the entire army would direct the force of his troops with agility and effectiveness through only a few officers who commanded units of ten thousand.

Since the units often and one hundred had different functions such as heavy cavalry and light cavalry, the responsibility of each unit was clear from the beginning.

It is said that the system was perfected during Genghis Khan’s time. He devised this military organization to feed and clothe tens of thousands of troops during wartime. The system’s chain of command and discipline is not only useful in time of war but can also be effective in social and fiscal contexts.

The Collection of Annals, written by the Persian scholar Rashid al-Din, is considered to have brought the greatest change to the writing of history. Before this great work, historiography covered a limited area and was only chronological. The Collection of Annals however referenced all the lands known in the world at the time and illustrated the relations between events. This masterpiece was written on the orders of the Mongol Khans. Furthermore, both the anonymous Secret History of Mongols and the History of the World Conqueror by Juvayni contain elements of universal history writing. Afterward, both the East and the West approached history in a new way.

8000-10000 years ago, the  Central Asian nomads domesticated Equus gmelini or tarpan, the wild horse. The horse has advanced through history alongside men. In ancient Persia and Greece, horses were considered rare, yet in Central Asia, every household had a few horses at the very least. Because of its independent nature, ability to find pasture on its own had tolerance hor harsh weathers, the small horses of the nomads became their good friends for thousands of years.

There is an entire nomadic culture based on horses. the stirrup iron, reins, and pants are all Mongol inventions which were later adapted by Western Civilization. Sleight was drawn by horses connected to the stirrup iron make long-distance travel easier. Horses were not just used for riding but for domestic use as well. And an alcoholic beverage made by fermenting horse milk is an original nomadic creation.

Oil, the essence of the modern engine, was first used by the Mongols. Before Rockefeller produced kerosene at the beginning of the 19th century, mankind did not know much about this “black gold”. Mongols used this flammable resource in times of war. The flames would last longer if whatever needed to be burned was first dipped in oil. The flaming objects were hurled over city walls. 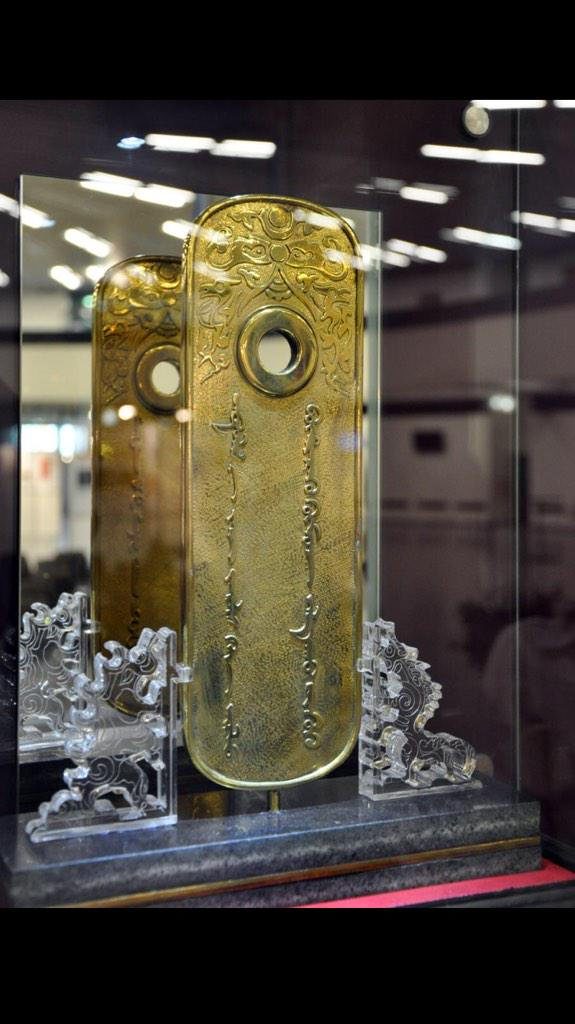