The Xiongnu rich musical culture consisted of different musical instruments and types of singing and dancing. According to historical records, Xiongnu was being played an instrument, throat singing, musical and dancing. Some Chinese source indicates that they had a drum, lure; whistle a six-stringed fiddle (Kunhou), blower, and transverse flutes. However, these musical instruments have not left until today. The only Xiongnu musical instrument recovered so far is a Jew’s Harp found at the burial site of Morin Tolgoi of Altanbulag soum in Tuv aimag. It is made from carved bone and is 12.5 cm long, 1.4 cm wide and 2 mm thick. It has a tongue that is 9.7 cm long, 5 mm wide in the middle, and 2 mm wide at the end. There is a small hole on the bottom of it, and, on two sides is carved to curve the edge. Similar kinds of Jews harps, made from metal, have been found in many locations from Japan in Asia to England in Europe. The modern accordion is basically a set of mouth harps with bellows for moving the air. Thus the “Khel Khuur”- jew’s harp found at Morin Tolgoi is one of the most ancient musical instruments in the world and ancestor of aerophones. 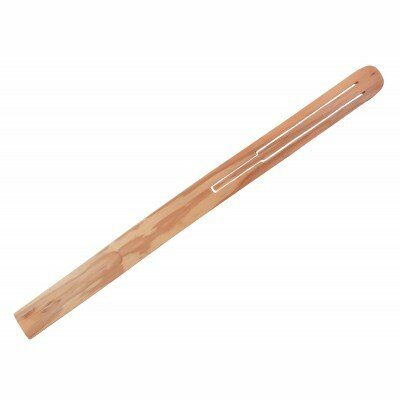 Also called the Ikh Bayan battle. A major battle between the Xiongnu Empire and the East Han dynasty. In the summer of 89 CE, in the territory of modern Mongolia, East Han and their ally South Xiongnu unified army military force launched a campaign against North Xiongnu. Chanyu leads the North Xiongnu army himself and Don Xian, Deng Hong leads the army of Han, Tunhute Chanyu leads the South Xiongnu army. According to Chinese records, the Xiongnu army consisted of 213.000 men, the allied force consisted of 8000 Chinese infantry, 30.000 South Xiongnu cavaliers, and 8000 Qian auxiliary forces. In 70 CE due to deterioration of North Xiongnu economic and social conditions, many tribes joined South Xiongnu and at the same time, Xianbei tribes started to attack them from east. In 87 Ce Yilu Chanyu of North Xiongnu was defeated by Xianbei and was killed. After this, 58 tribes with around 200.000 persons moved to South Xiongnu. That year was a severe drought and an increased number of grasshoppers destroyed pasture causing famine, according to historical records. With these hard conditions, North Xiongnu entered into the war in Jiluoshan Mountain. In 89 CE allied force entered the depth of the territory of North Xiongnu through three routes. Chinese army entered through Gobi Altai mountain pass and defeated North Xiongnu Chanyu and who run away to the west. Chinese leading general Duo Xian commanded the main force towards Khangai Mountain and reached Yanjian mountain. Here historian ban Gu inscribed a stale about war and victory and erected it. The war ended with the complete overtaking of North Xiongnu.

After the war, North Xiongnu Chanyu asked for a peace agreement, but Tunhute Chanyu of South Xiongnu disagreed and attacked North Xiongnu in the following 90 CE to destroy completely North Xiongnu. During this attack, North Chanyu palace was invaded and the state seal was taken, wives and children were captured. In 91 CE general, Don Xian attacked North Xiongnu again and captured Chanyu’s mother. killed 5000 soldiers and pushed North Xiongnu. In 93 CE remaining 100000 men from North, Xiongnu submitted to the leadership of Xianbei and took the people’s name Xianbei, that was the story of the end of North Xiongnu.

Xiongnu origin prominent official of the Han Dynasty. He was born in family of Xiongnu Xiutu wang and was his heir apparent. During an attack by Huo Qubing in 121 BCE, Xiutu wang responsible for the western border of Xiongnu with another powerful aristocrat Hunye wang was defeated by the Han army and son of Hunye wang, a number of officials and “Golden Man” the idol that was in the palace of Xiutu wang were captured. This angered Chanyu who thought those wangs betrayed him and ordered to execute them. Two wangs decided to run away from capital punishment to surrender Han, but Xiutu wang changed his mind. Then Hunye killed Xiutu wang and submitted to the Han Empire with their people. Midi, son of Xiutu, his mother, and sisters were taken to the palace of the Han Emperor as prisoners. Midi started to work in the palace as a stable boy. Wudi Emperor noticed Midi as being strong in nature, loyal, diligent, and hardworking personality and promoted him to be a supervisor of the stable. later Wudi who heard about the “Golden Man” idol found from the palace of Midi’s father gave him a surname Jin, meaning Golden. When Midi’s mother died, Wudi got her portrait painted and hang the painting “Xiutu Queen” in Royal Palace. This shows how influential Midi became in the Han court. His two sons became Wudi’s internal guards. In 88 BCE, Jin Midi save the life of Wudi from assassination, which further improves his reputation. In 87 BCem when it became clear that Wudi dying from illness, MIdi was chosen to be the regent of the young prince. Jin Midi died in 86 BCE. Seven generations of his descendants served the West Han Dynasty. 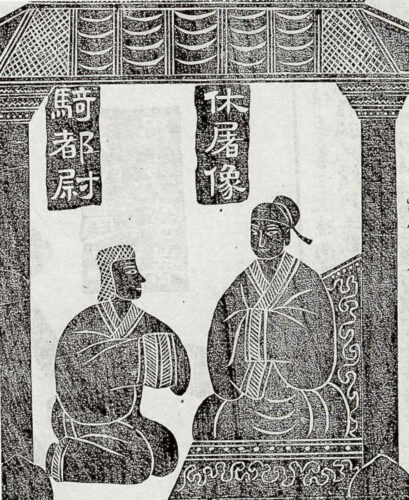 One of 24 official historical records of China. History of Jin (265-420 CE). The record contains a special part of South Xiongnu history. Tang Prime Minister Fan Xianling compiled this record based on ancient records and official papers in 648. Tang Taizong Li Shimin wrote some of the biographies in the 1, 3, 54, 80th book of the record. Apart from Jin’s history, this record contains a history of foreign 5 states and 16 states. There is one sentence in the Jiehu language of one of the Xiongnu tribes.

A surname of one of the tribes of South Xiongnu. This surname was taken by king Mengxun of Liang state, South Xiongnu when he found his state, who thought he was a descendant of Juqu wang of Xiongnu during Maodun Chanyu reign. Records about Juqu wang from the Xiongnu period are rare. It says in Shiji record that 24 great kings appointed their own Juqu wang.