The Mongols Lose the Urianhai Region

Uriankhai was a strategic region, full of natural resources that Russia was determined to gain. Although Russia had taken Buriad Mongolia under the 1727 Sino-Russian Treaty of Kyakhta (Buur), Uriankhai, like the other Mongol aimags, was under the rule of the Qing Dynasty, which prevented Russian involvement.

After 1761, the western Tannu Uriankhai were governed by the Hovd amban. After 1769, when five banners of eastern Tannu Uriankhai joined the Zasagt Khan, they were henceforth by the Uliastai amban. By the end of the eighteenth century, the population of the Uriankhai frontier numbered roughly forty thousand.

The Uriankhai had played an active role in the 1911 National Liberation Revolution; they had seized twenty-five Chinese trade establishments, burned the debt record books, and sent more than three hundred soldiers from their banners to Magsarjav’s army, which liberated Hovd. In recognition of this, the Bogd conferred the title of “prince” on the banner chief Buyanbadrah. 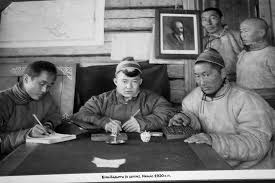 In 1857, Governor-General N.Muraviev-Amursky sent delegates to Uriankhai in an attempt to unite this land with his own country. The Hovd did not react to this proposition in a positive manner and captured the Russians on the grounds that they did not have permission. St.Petersburg did not rush into action. When the eastern Siberian Governor-General Alexey came to Urianhai under the pretense that Russian citizens were being treated unfairly, Russia’s intention to unite these lands with its own became “official”. In a letter to St.Petersburg, Alexey wrote “strategically and economically it would be wise to reset the Russian border along the Tagna Mountain, and it would be even better to stretch the border to the south of the Altai Mountains”.

By 1896 some two hundred Russian farmers were already tilling the land and by 1910 more than two thousand Russians had settled in about one hundred villages. In 1914 the Russians mined 1440 pounds of gold from some thirty mines. Such fertile and productive land increased the Russian’s appetite. Russian traders in Uriankhai in 1907 grossed two million rubles, accounting for one-half of the local trade; by the years 1912-13, the Russians controlled the entire Uriankhai market.

In November 1911, when turbulence had just begun in Huree, the Russian Council of Ministers in Saint Petersburg passed a decision, which read in part: The Uriankhai region has fertile soil, productive pasture lands, various mineral deposits, and especially it has plenty of gold, and in this sense, it is a vitally important colonial region for Russia. It is appropriate to allocate five million rubles for the study of this region and policy will be conducted to settle four hundred thousand farmers there”.

This decision was ratified by Nikolai II on February 3, 1912. In April of the same year, the administrators of the Usinskii region sent a letter to the Tsar suggesting that the Russian traders should take immediate control of the Uriankhai market, where a vacuum had been created following the expulsion of Chinese traders. It is clear that this was the moment when Russia began to seize control of Urianhai. 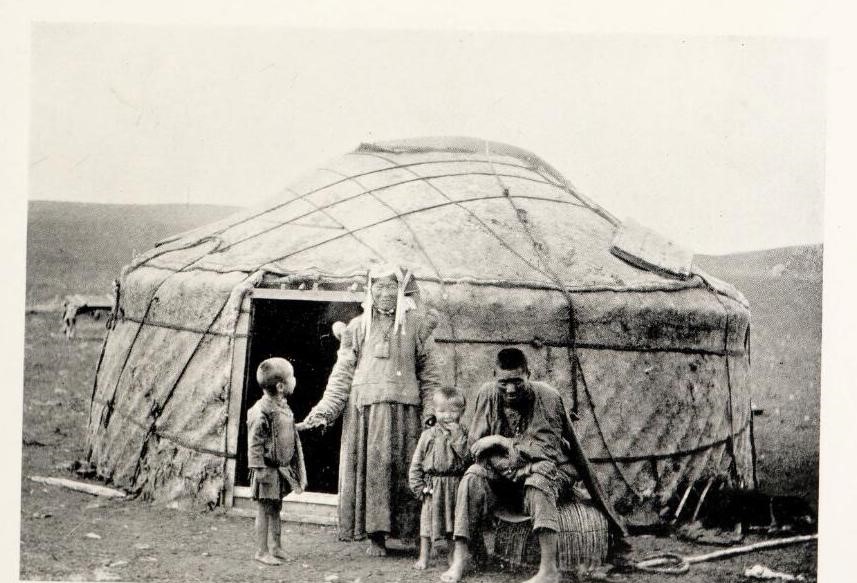 Russian affairs and an administrator of the Usinskii Region affairs were appointed to Uriankhai. The Russians also persuaded some local pro-Russian Uriankhai to write a letter to Tsar Nikolai requesting that they are allowed to join Russia because (an amusing pretext) the Russian had been their neighbors for many years.

But Russia knew that, in fact, the Uriankhai would not willfully unite with them. Therefore, the Russians schemed to bring Uriankhai and Outer Mongolia into its sphere of control under Chinese suzerainty, leaving both Uriankhai and Mongolia independent of each other. The Chinese would naturally welcome this plan as it was trying to suppress the “greed” of the Halh princes, who wanted to unite all the neighboring Mongol tribes.

The following year Russia proclaimed its protectorate over Urianhai. The administrators in Huree were very displeased regarding the Uriankhai matters and provoked the people of Uriankhai to revolt against Russia, which led the Russian Ministry of Foreign Affairs to immediate action. When they made one of the villages an administrative center and named it Belortsarsk, it became clear to whom this land now belonged. Later Bolshevik Russia’s decision was still valid. Thus the assertion of Tsar Peter I, expressed in 1725, that “the territory at the source of the Yenisei River must be Russian territory,” became a reality. The resettlement of the Russians became increasingly brisk: in 1910 there were only 2,100 Russian settlers, but by 1916 their numbers had multiplied to 8,200. And in 1912 and 1916 Cossack soldiers settled there to protect the Russian farmers from the resistance of Uriankhai. Mongols are unhappy with the telling of land and the mining of gold.

The October 21, 1912, agreement recognizing the autonomy of Mongolia and bringing it under the Russian protectorate is designed to expel Chinese officials not only from Mongolia but also from Uriankhai and to elevate the relationship with Russia to a new level. With the proclamation of the Republic of China, the separation of Mongolia, and the removal of the Chinese officials overseeing the Uriankhai in Uliastai, the dependence of the Uriankhai on not only China but also Mongolia must be done away with. Due to political circumstances, it is clear that this land cannot be occupied now. His Highness has suggested to minister Sanazov that it would be appropriate to conduct Russia’s policy regarding the Uriankhai in conformity with Russia’s interests…